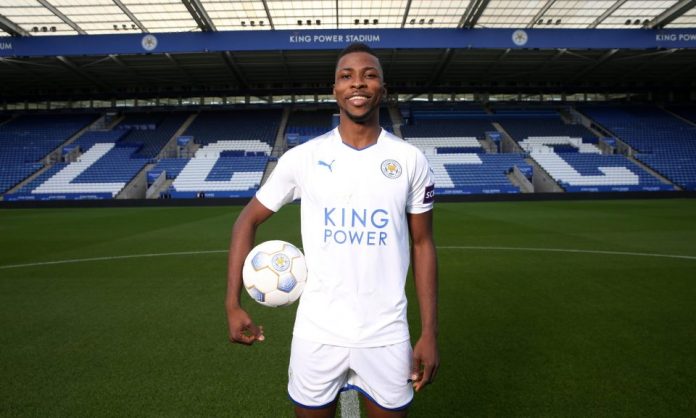 Manchester City secured a narrow 1-0 victory over Leicester City on Monday night to return to the top of the English Premier League table ahead of weekend’s last round of games.

Pep Guardiola’s men and Liverpool have battled fiercely for the title all season, and anything apart from a win against the Foxes would have boosted the Reds’ chances of winning their first-ever EPL gong.

City skipper Vincent Kompany scored the winner seconds before the 70th minute with a thunderous strike from outside the box, but Leicester’s Kelechi Iheanacho could have pegged his former side back had he not missed a sitter in the 87th minute of the game.

Match of the Day host Gary Lineker summed up the Nigerian striker’s miss with a brutal, but honest Tweet.

The 22-year-old left the Etihad in the summer of 2016 after two seasons with the senior team.

Iheanacho spent 18 months with City’s Academy before gaining promotion to the first-team, and despite scoring 12 league goals in 40 appearances, manager Pep Guardiola deemed him surplus to requirements.

The Nigeria international has only found the net on four occasions in 51 league appearances for Leicester City since arriving for £25million on a five-year, and that miss against Manchester City truly underlines why Guardiola chose to do away with his services.