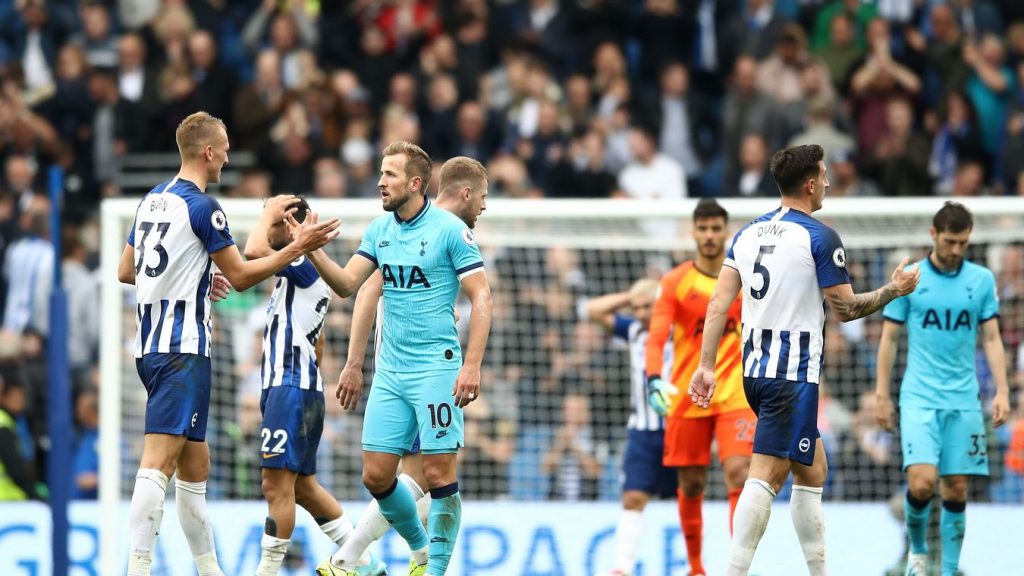 Tottenham crashed to a 3-0 defeat away to Brighton and Mauricio Pochettino’s men will be under immense pressure to turn it around.

After a significant outlay in summer, Spurs were expected to challenge Manchester City and Liverpool for the Premier League title.

Instead, they are miles off both teams and are now playing for a place in the top four. They are out of the League Cup already.

It will be interesting to see if the Londoners can turn it around now.

There is no doubt that Spurs are packed with talented players and a top-class manager. They are just lacking inn belief and confidence right now.

One good result could help the side get back on track.

Former Spurs star Gary Lineker has reacted to Tottenham’s performance with a series of tweets.

The popular pundit is clearly disappointed to see his former side crash to yet another defeat after the debacle against Bayern Munich.

Spurs were thumped by the German champions during the midweek.

Spurs have conceded 4 goals in their last 10 minutes played.

Brighton was always going to be a step up in class for Spurs after Bayern.