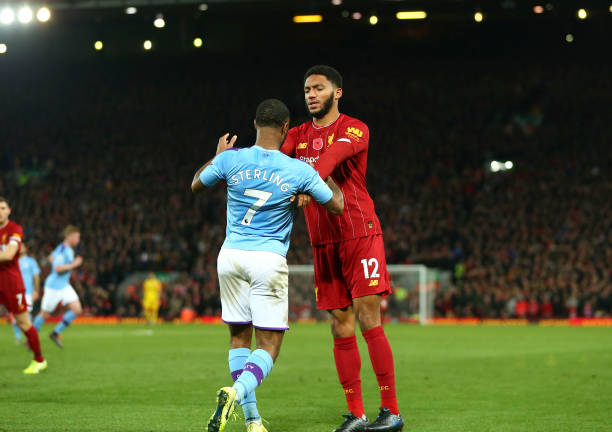 Liverpool centre-back Joe Gomez and Manchester City winger Raheem Sterling were involved in a bust-up while on international duty with the Three Lions on Monday.

The City star was on the losing side when he returned to Anfield on Sunday, with the Reds inflicting a 3-1 defeat on Pep Guardiola’s men.

Sterling and Gomez had a spat during the closing stages of the game, and it spilled over to the England camp.

The former Liverpool star has now been dropped from the Three Lions’ starting XI for the Euros qualifiers against Montenegro on Thursday as punishment for his conduct.

Sterling has since apologized to Gomez and on social media, and he is now in contention to play next week’s game against Kosovo.

As expected, the bust-up has been blown out of proportion, and Match of the Day presenter Gary Lineker has reacted thus to it on Twitter:

Players care. Players fall out. Players have tantrums. It’s a competitive, pressured, often heated environment. Players get over these things. No big deal. Move on.

Having pipped Liverpool to the title by just a point last term, City went into Sunday’s game hoping to win and reduce the points between them and the hosts to three.

That would have blown the early title race wide open, but the result dented a huge blow on City’s chances of retaining the title after finding themselves nine points behind the Anfield outfit.

The emotions definitely got the better of Sterling, but it’s quite normal, and both players and the squad have now put the ugly incident behind them.