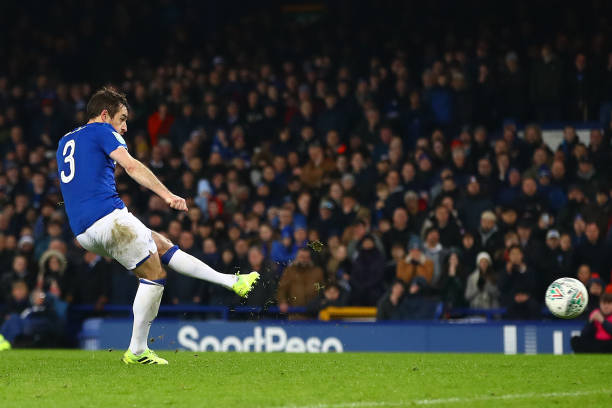 Everton came from two goals down to force their League Cup quarter-finals clash with Leicester City into penalties last night.

The Toffees had found themselves trailing to goals from James Maddison and Jonny Evans 29 minutes into the game, but Tom Davies and Leighton Baines drew them level in a spirited comeback in the second-half.

The veteran left-back left it late to grab his first Everton goal since November 2017, and the quality of the equaliser was well worth the two-year wait.

Leighton Baines What a goal Everton vs Leicester 2-2 #EVELEI pic.twitter.com/efYrNsO2Tz

Here is how Match of the Day presenter Gary Lineker reacted to it on Twitter:

Leighton Baines has just scored a ridiculously special goal to equalise in the last minute.

Unfortunately for interim manager Duncan Ferguson and his men, their second-half heroics weren’t enough in the end, with Leicester running out 4-2 winners in the penalty shoot-out after Cenk Tosun and Baines missed their spot-kicks.

Nevertheless, Everton can draw a lot of positives from their resolute performance against the Foxes, and incoming manager Carlo Ancelotti needs to hand Big Dunc a big role in his team given how he has gotten the best out of the players over the course of the last three games.