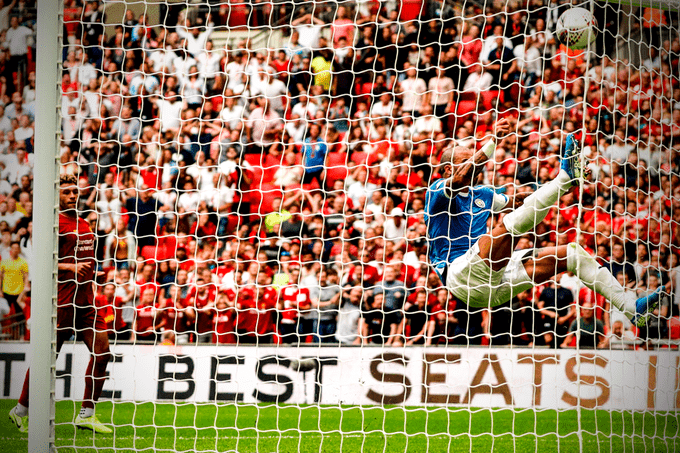 Manchester City narrowly pipped Liverpool to the F.A Community Shield, winning via penalties after both sides played out a 1-1 draw after 90 minutes.

Raheem Sterling put the Etihad Stadium outfit in front after 12 minutes, and City came close to extending their lead on several occasions, with the England international hitting the post when through on goal in the second-half while also fluffing another chance after miscuing an intended pass to Kyle Walker.

Liverpool drew level on the 77th minute through Joel Matip, and the Reds could have won the game after Mohamed Salah was through on goal, but Walker’s goal-line clearance saved the day.

The right-back had to be perfect with his technique and kick, and he drew applause and plaudits for his effort.

Match of the Day presenter Gary Lineker had an hilarious reaction to the clearance on Twitter:

Walker’s clearance was the best since Salt & Vinegar hit the shelves.

City will be hoping to defend their domestic title this season and also challenge for the Champions League.

Starting the campaign with the Community Shield is a perfect way to kick-off 2019-2020, and they have Walker to thank.