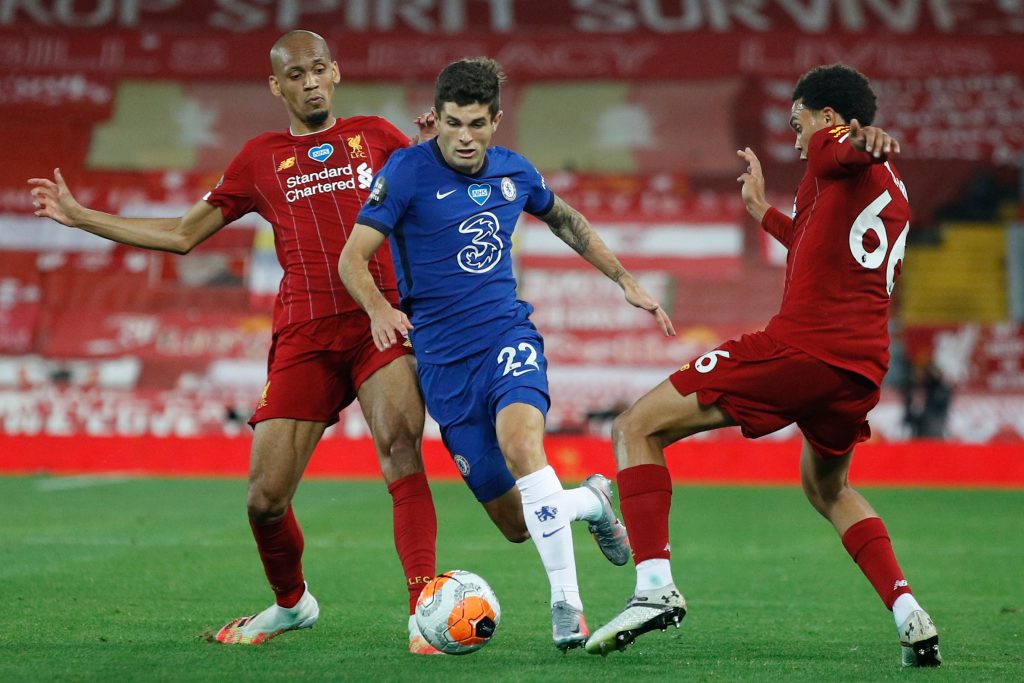 Chelsea and Liverpool played out a thrilling eight-goal clash at Anfield last night, with eight different players getting on the score sheet as the hosts secured a 5-3 victory.

The Premier League champions raced into a three-goal lead before Olivier Giroud grabbed the Blues’ first goal of the night on the stroke of half-time.

Liverpool went 4-1 up nine minutes after play restarted but Christian Pulisic came off the bench to help the Blues score twice within 12 minutes.

Chelsea continued to push for an equalizer but it never came, with the Reds hitting Frank Lampard’s side on a counter to grab their fifth goal of the night.

The Blues will need at least a point against Wolverhampton Wanderers to seal Champions League qualification if Leicester City secure victory against Manchester United on the last day of the campaign on Sunday, and they can rely on Pulisic to help get the job done.

The American was in sparkling form during the 31 minutes he spent on the pitch and was very close to inspiring Chelsea to a huge comeback.

Pulisic was the best Chelsea player on the pitch against Liverpool, leading BBC Match of the Day presenter Gary Lineker to react thus on Twitter:

Pulisic will be the first American footballing (soccer for you guys) star.

The 21-year-old has nine goals and four assists in 24 Premier League games this term, and Lampard has to build his team around him next season to have a chance of challenging for silverware.