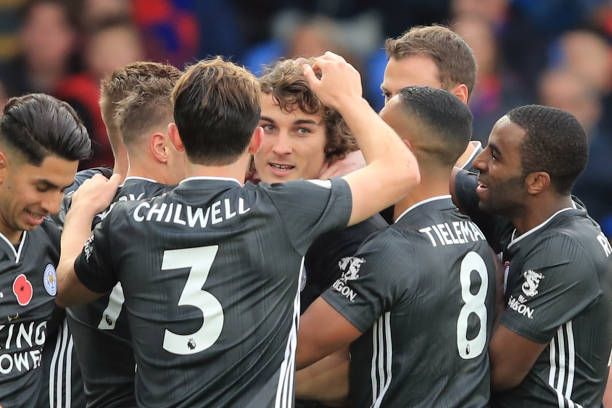 Leicester City grabbed their seventh Premier League victory of the campaign at the expense of Crystal Palace at Selhurst Park on Sunday.

Second-half goals from Caglar Soyuncu and Jamie Vardy handed manager Brendan Rodgers a massive victory, and the Foxes currently sit in third place in the league table, eight points behind Liverpool and two behind Manchester City.

Prior to yesterday’s game, Leicester had lost each of their last four league games against Palace, but were a different side this time, proving their dominance in every area of the pitch from start to finish.

Turkey centre-back Soyuncu opened the scoring from a corner after being left unmarked in the 57th minute, and Vardy ended the hosts’ chances of getting back into the game with an 88th-minute strike.

It was the striker’s 10th Premier League of the campaign, but it was the defender’s first Leicester goal, and Match of the Day presenter Gary Lineker was impressed with how solid the 23-year-old has been for the Foxes this term, reacting thus on Twitter:

Get in! Çağlar Söyüncü gives @lcfc the lead. He’s been brilliant this season. 💥

Soyuncu joined Leicester from Freiburg in a deal worth up to £19 million in 2018, and the youngster is proving to be a bargain.