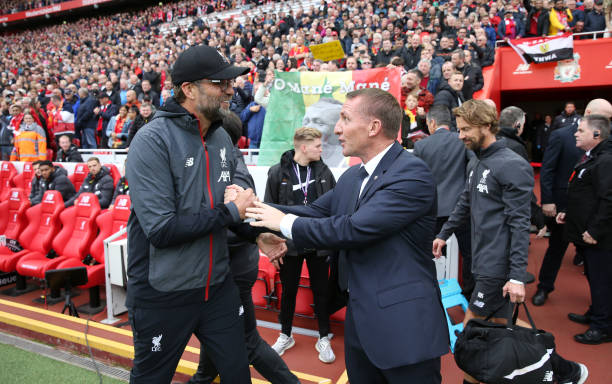 Liverpool made light work of Bournemouth’s challenge at Vitality Stadium on Saturday, securing a comfortable 3-0 victory to maintain their eight-point lead at the top of the English Premier League table.

With Manchester United handing Manchester City a 2-1 defeat at the Etihad Stadium a few hours later, Liverpool established a 14-point gap over Pep Guardiola’s men, but Leicester City are refusing to go away.

The Foxes saw off Aston Villa at Villa Park on Sunday in a 4-1 win, and should have scored more were they more clinical.

Match of the Day Gary Lineker reacted to Leicester’s win with the following tweets:

Watch out @LFC, The Foxes are on your tail.

If Liverpool weren’t so relentlessly good, I’d fancy that this Leicester team could actually win this league. What a time to be alive. 👏🏻👏🏻

“Leicester City are bang in this title race. Be frightened Liverpool. Be very very frightened,” Keys wrote in his weekly column.

“I mentioned it in passing last week, but now everybody connected with Liverpool has got to consider the nightmare scenario that it’s Brendan Rodgers that denies them their first title win in 30 years. Wouldn’t that just be the greatest irony of all time? The man sacked to make way for Klopp derails the best chance they’ve had since Kenny Dalglish won it in 1980.

“I thought Liverpool would win it last year. I felt that if they didn’t they never would, but the CL win concentrated minds and I see a real determination about them to get the job done. I’m sure they’re going to win it. But…..the bogey man isn’t going to let them ease up. I can’t wait for Boxing Day when the two meet. If Rodgers wins that one then it really is game on.”

Leicester have lost just twice this season – against the Red Devils and Liverpool – and are currently on an eight-game winning streak, last dropping points against Klopp’s men.

They travel to face Man. City five days before hosting the Reds, and it’s safe to say the games would have a say on the trio’s chances of winning the title this season.