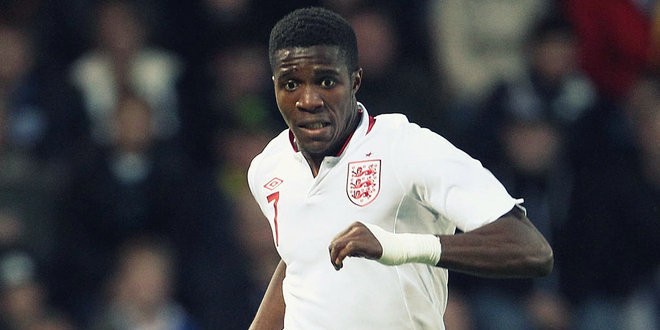 Juventus are planning to raid on Manchester United once again in January as the Italian champions are preparing a loan move for Wilfried Zaha.

The 20-year-old was Sir Alex Ferguson’s last signing at Old Trafford before United’s legendary manager stepped down from his post at the end of the last season. However, Zaha did not play under the former manager as he was immediately loaned back to Crystal Palace after signing from them in January this year.

According to Talksport, Zaha has been on Antonio Conte’s radar, who is looking to bolster his attacking options in January. The Turin club’s manager is considering a loan option for unhappy Zaha, who is in search of regular playtime to prove his worth for United’s new manager.

Juventus have already signed another United’s young talent, Paul Pogba on a free transfer during the summer of 2012. The Frenchman has been a key figure in Conte’s midfielder at the Turin club, where he went on to win the Serie A title in his debut season.

Zaha has failed to find a place in United’s first team and is yet to make his appearance in the Premier League under David Moyes. Lack of first team appearances has seen the England U21 international left frustrated on the bench, which was earlier revealed by Young Three Lions manager Gareth Southgate.

“It is tough for him. It is tough for any player when they are not playing regularly. Wilf has joined a new club with all the difficulties that brings,” Southgate said, as quoted in the Mirror.

“But it was never my intention to play him in both of our matches this week. He understood that. But he has got the opportunity now to show people what he is capable of.”

“Have I noticed a lack of confidence in him? No. There is probably some frustration because he just wants to play. But he is at a fantastic club and he realises that to get in the team is going to take a lot of work and patience,” he added.