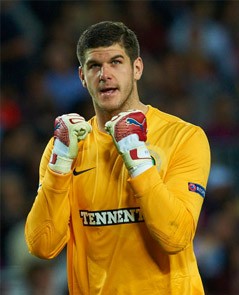 After a summer full of high-profile departures, there is some good news at last for Southampton Football Club. Almost every one of last season’s superstars including Rickie Lambert, Adam Lallana, Luke Shaw and Dejan Lovren have left the Saints. Manager Mauricio Pochettino too, who guided Southampton to an impressive 8th placed finish last year, has joined Tottenham Hotspur.

New manager Ronald Koeman has brought in reinforcements from the Dutch League in the form of Dusan Tadic and Graziano Pelle and is now set to add a third name to that list. This one though, is a player that fans will be much more familiar with.

The Guardian has reported that Celtic goalkeeper Fraser Forster is on the verge of completing a move to St. Mary’s. He is expected to sign a four-year contract in a deal believed to be around £10 million. The Englishman is reportedly in England to finalise the deal. 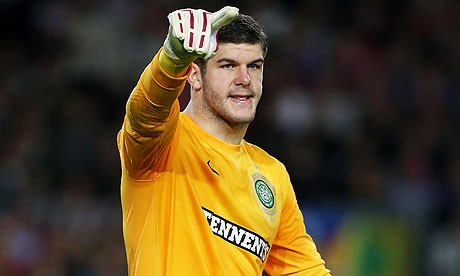 The talented 26 year-old was the only player outside the Premier League to make the England squad at the recent World Cup in Brazil. He has been extremely impressive for Celtic over the past two seasons, keeping 52 clean sheets in 106 games in all competitions.

Southampton faced a few problems in the goalkeeping department last season with first-choice Artur Boruc having his fair share of injury issues. This will not be the first time Southampton have signed a high-profile player from Celtic. Last season saw the Saints sign Kenyan midfielder Victor Wanyama for £12.5 million from the Scottish Champions.

Celtic, in the meanwhile, have signed former Sunderland goalkeeper Craig Gordon as a replacement for Forster.