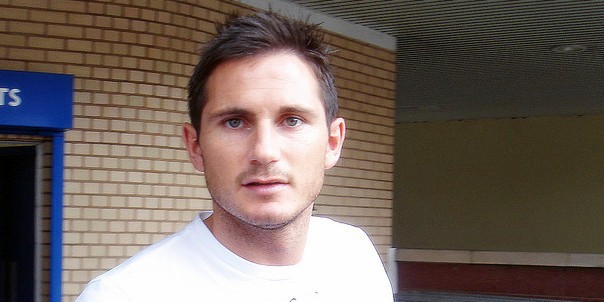 Frank Lampard has signed a new deal today and to dishearten the Chelsea fans once again, it has nothing to do with the deal they have been hoping for.

The 34-year-old, who is out of contract at Stamford Bridge, is looking to carve out a new career and has signed a deal with a publisher Little Brown Books for Young Readers to write children’s books.

The Chelsea midfielder is writing a series, called Frankie’s Magic Football for children over the age of five. According to Lampard, the stories are loosely based upon a schoolboy called Frankie and his football-loving friends.

Lampard, the Premier League second highest goal scorer, said in a statement on Tuesday that the inspiration behind such an idea has come from reading his own children at home.

“I first had the idea of Frankie and his Magic Football when reading stories to my own children. Sport and reading are two essentials for us at home, so I decided to make up my own football stories and adventures.

“The characters are loosely based on friends and team mates I’ve played with over the years. I am delighted that Little Brown liked the stories as much as my children and will be publishing the Frankie’s Magic Football series.”

The task has been handled by Neil Blair and Zoe King, who also represented the creator of magical Harry Potter, J.K.Rowling, insisted that the books are based on lovable characters and destined for great things.

This is not the first time any footballer has tried his hand in writing fiction stories. Arsenal forward Theo Walcott has written a series of children’s books and Terry Venables, the former England manager, co-wrote a series of crime novels.