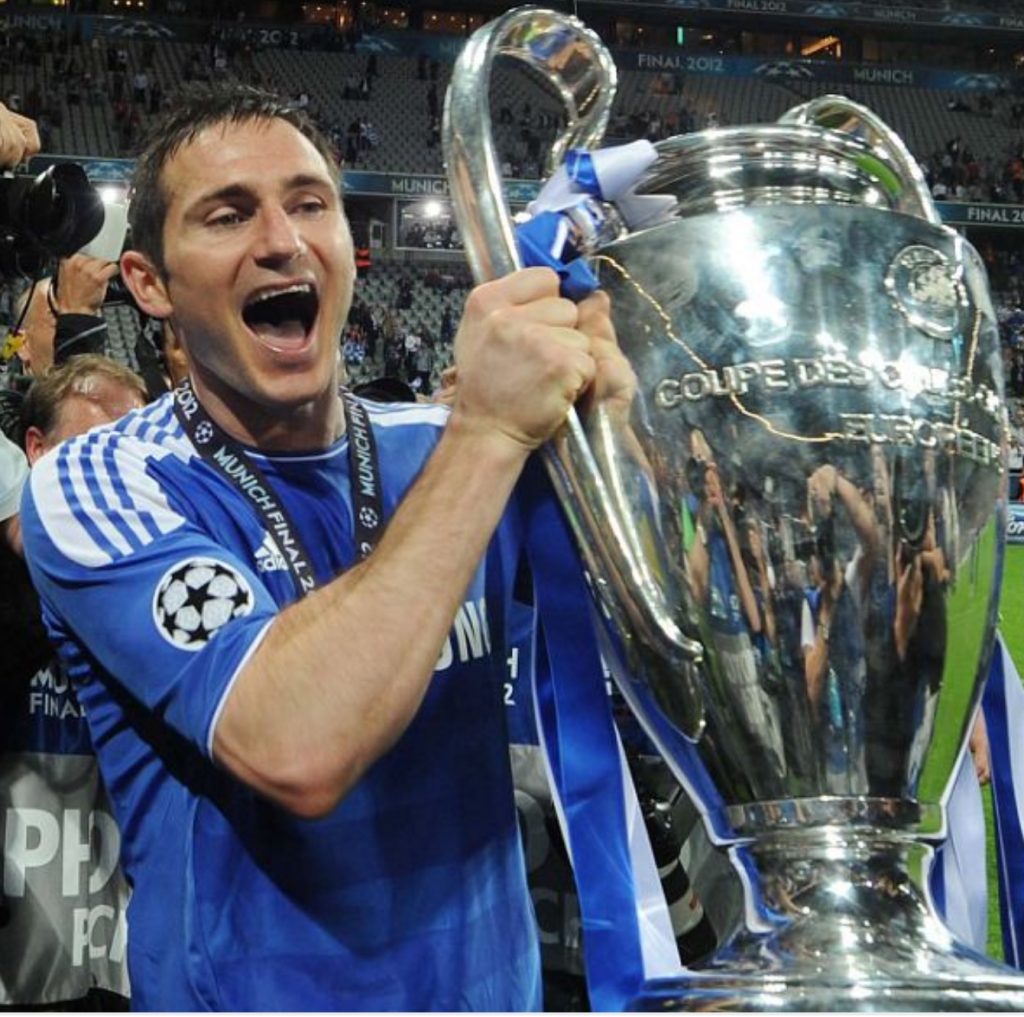 Chelsea legend Frank Lampard is set to return to Stamford Bridge in a coaching capacity, according to The Sun.

Lampard has recently been back at the West-London club’s Cobham base undertaking his Uefa ‘A’ coaching licence. Mainly spending time assisting youth team coach Jody Morris.

It is thought Lampard has impressed the Chelsea hierarchy with Roman Abramovich keen to fast-track the former star to a first-team coaching role.

Lampard joined Chelsea for £11m in the summer of 2001 from West Ham. He went on to become a key part in the most successful period of the club’s history.

Chelsea will hope Lampard would gain vital experience from whoever he is to work under at the club.

With Antonio Conte likely to leave this summer. It’s possible Lampard could find himself coaching under the tutorship of his former boss Carlo Ancelotti.

The Italian has been linked with a return to the club he managed from 2009-2011. Although others such as Maurizio Sarri, Thomas Tuchel and Luis Enrique are also in the running according to reports.

Chelsea’s willingness to give Lampard a key coaching job shows they have faith in his abilities.

However, being a great player doesn’t necessarily mean you will become a great manager.

Lampard is an intelligent guy and does possess the knowledge and experience. He also knows how to lead a team as he captaining both Chelsea and England on occasions.

Whether he can replicate his playing days on the touchline remains to be seen. But it’s safe to say that being the main man at Chelsea would appeal to both himself and blues fans.