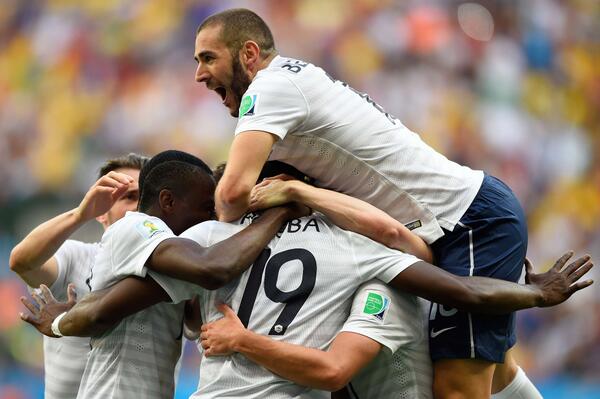 A couple of late strikes from Paul Pogba and a Joseph Yobo own goal gave France a 2-0 win over a spirited Nigerian side as the Les Bleus sealed a quarter final spot in the 2014 FIFA World Cup in Brazil.

Didier Deschamps’ side were tested by a determined Nigerian side but closed out the encounter in the last eleven minutes. Till then the 1998 World Champions were frustrated by Nigeria goalkeeper Victor Enyeama who denied the French time and again with his admirable reflex saves under the bar. 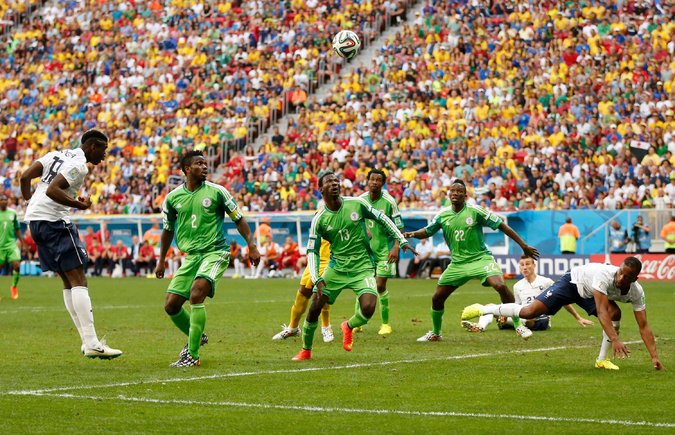 Juventus midfielder Paul Pogba finally opened the scoring with a sweet header from seven yards as Enyeama could only palm away Mathieu Valbuena’s corner.

The Les Bleus added a second to their kitty after substitute Antoine Griezmann’s flick came off Joseph Yobo’s legs carrying the ball over the line. 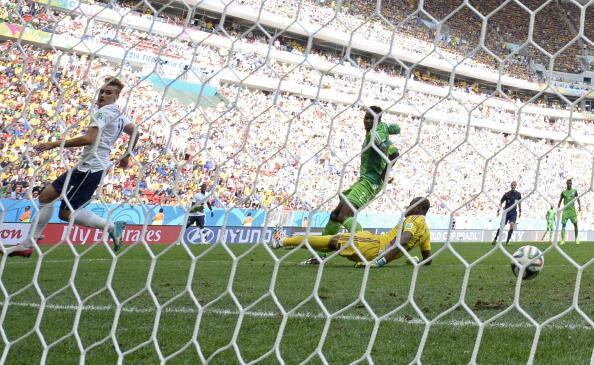 It was a crushing blow to Stephen Keshi’s side who admirably matched the French outfit for larger spells throughout the ninety minutes. The young African side showed plenty of promise but failed to deliver when it mattered the most against their European opposition.

France’s lively World Cup campaign continues as they await the winners of Germany and Algeria at the Maracana on Friday night.