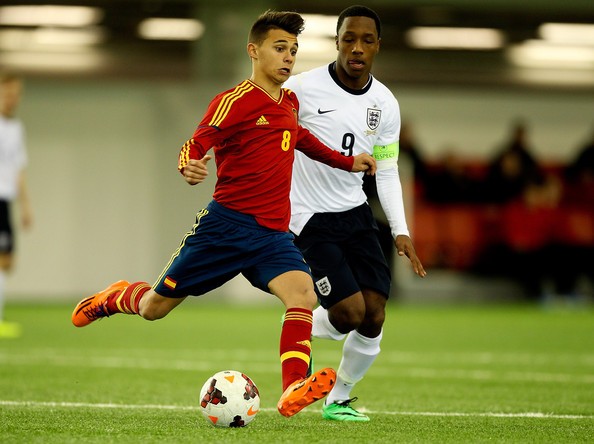 Liverpool miss out on highly rated young Spanish midfielder Fran Villalba, who chose to continue his career at the Mestella with Valencia.

Valencia based local newspaper Super deporte claim that Liverpool have been targeting the 16-year-old Spanish midfielder for the past few months. The Reds even submitted a lucrative offer for him, but the youngster chose to stay in Spain and continue his progress with the junior team in Valencia.

He was present with his representatives and family yesterday at Valencia academy office, where he signed his contract extensions for the next four seasons.

He is being touted as the ‘jewel of the academy’ and has a bright future ahead, claim the newspaper.

Liverpool had offered lucrative proposal, both in terms of economy and sporting wise, but Valencia finally convinced him to stay at the club.

The Los Che presented him an interesting offer to ensue the continuity of the squad and it is understood that the youngster was delighted to be a part of the project.

In recent weeks, Liverpool had several meeting with the player’s representatives to secure his signature, but the youngster refused all temptations dangled at him.