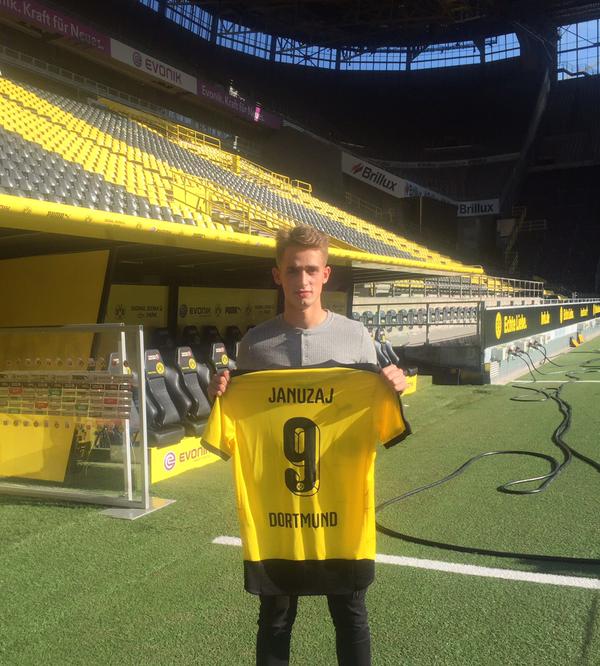 Manchester United forward Adnan Januzaj has confirmed he has joined Borussia Dortmund on Monday. He will wear the No 9 jersey at Signal Iduna Park.

Januzaj will spend the 2015-16 on loan with the German club. Dortmund confirmed the capture of United forward on their official website.

“Adnan Januzaj changes on loan from Manchester United to Borussia Dortmund. The 20-year-old midfielder has signed a contract until 30 June 2016 today,” a statement read.

The Belgium international scored in United’s 1-0 victory over Aston Villa at Villa Park in the second league clash of the 2015-16 season. Louis van Gaal had earlier admitted the player will not be allowed to leave on loan.

“He is doing his utmost best. All the players are. I have no complaints – he is not for sale,” Van Gaal said.

Even the attacker had expressed his desire to continue at Old Trafford, who has impressed in the few matches he played for United this term.