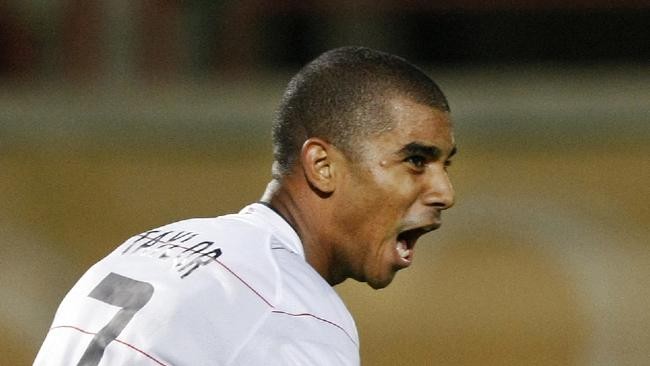 The Revolution announced on Monday, Tony Taylor is a member of New England after wining his rights through the Major League Soccer weighted lottery.

The Long Beach, CA native will be going to the Revolution after beating out the Portland Timbers in the lottery, with a 71.4 advantage over the Timbers of winning the 6’0 tall striker. The General Manager of the Revolution Michael Burns is excited to get the former 2009 Under-20 World Cup veteran.

“Tony is a younger player who will come in and add to the competition already on our team,” Burns told SoccerByIves.com. “He has some speed and is versatile in that he can play up top or out wide on the right. We’ll look forward to get him in as soon as possible and integrated into the team.”

Taylor will be coming to a team that at the moment has five forwards competing to make the Revolution into a playoff team. Newly acquired forward from the New York Red Bulls, Andre Akpan, U.S. international Teal Bunbury, Congo native Dimitry Imbongo, New Orleans native Patrick Mullins and the in form striker for the Revolution Charlie Davies.

The 25-year-old former U.S. youth international is ending his five-year European adventure that he began at the age of twenty. He spent four years in Portugal, playing for two clubs the first one is Primeira Liga side, GD Estoril Praia and the second club was a one year loan to Segunda Liga, Atlético Clube de Portugal. In both teams he played a combined 51 times and scored 11 goals.

The final club the former U.S. youth international played in Europe was in Cyprus, with Cypriot First Division side, Athletic Club Omonia Nicosia. He only played their for one year and made 17 appearance and scored three goals for the club. In the five years he spent in Europe he played in 68 matches and scored 14 goals in the process.

The once promising forward for the Yanks is going back home in hopes of rediscovering his form while playing for the United States Under-20 National team.