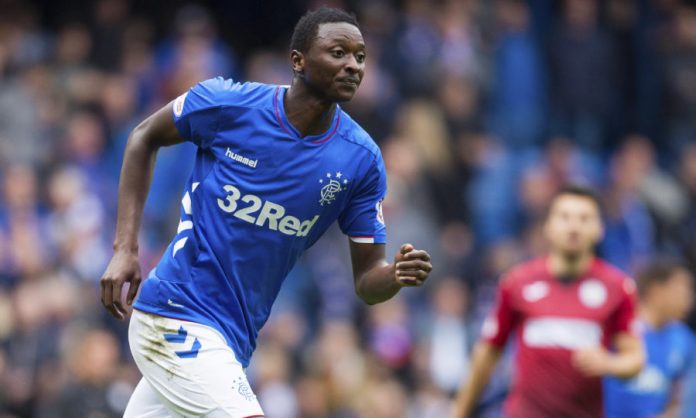 Umar Sadiq will go down as one of the worst transfer decisions of Steven Gerrard at Rangers, but the former Ibrox loanee could reportedly be heading to Premier League and European giants Manchester United.

Sadiq joined Rangers on a season-long loan deal from AS Roma in the summer of 2018.

Much was expected of the 23-year-old forward when he arrived at Ibrox, but he failed to do much of note, and his loan spell was cut short in the middle of the 2018-19 season.

During his loan spell at Rangers, the youngster could make just one appearance in the Scottish Premiership, according to Transfermarkt.co.uk.

The Nigerian left Roma for Partizan Belgrade on a loan deal in the summer of 2019 and has since made his move permanent.

However, according to a report in the Turkish media, the former Rangers loanee is on the radar of United among other clubs.

It has been reported by Futbol Arena that scouts from Fenerbahce, United, Milan, Valenia, Anderlecht, Spartak Moscow, CSKA Moscow and Lokomotiv Moscow watched the 23-year-old in action during Partizan’s Belgrade derby against Red Star.

It would be quite a story for Sadiq and perhaps for Rangers if the forward – rated at €15 million (£13.45 million) by his club Partizan, according to Futbol Arena – makes a move to United in the summer transfer window.