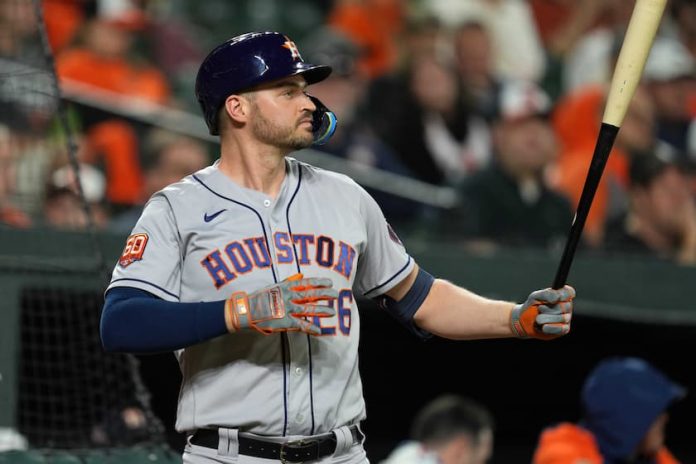 On Thursday Trey Mancini returned to Camden Yards for the first time since his trade to the Houston Astros and received a hero’s welcome.

In August Mancini was traded to the Houston Astros after spending six seasons with the Baltimore Orioles. The move was part of a three-team deal with the Tampa Bay Rays.

Mancini’s history with the Orioles dates back to 2013 when they drafted him in the 8th round. He then went on to make his debut in 2016 and it wasn’t long until he was a fan favorite at Camden Yards.

In his emotional return to the stadium an image appeared of him on the big screen, and he was met to a standing ovation due to his outstanding service to the team.

Trey Mancini gets a very warm welcome back to Baltimore. 👏 pic.twitter.com/Oln5sTenLk

There’s more to this story than meets the eye as Mancini was part of one of baseball’s most heartwarming stories. He missed all of the 2020 season following a colon cancer diagnosis and then returned and won Comeback Player of the Year honors in 2021.

Before last night’s game Mancini stated his excitement around the return: “The fans and I here have such a good relationship, and they’re always going to be a special part of my baseball experience, so I’m definitely looking forward to it.”

Mancini is looking to have his best season in the MLB as the Astros have already secured the AL West title meaning he is set up to play in the postseason for the first time in his career.

Looking for some action on MLB? Check out the best MLB betting sites.