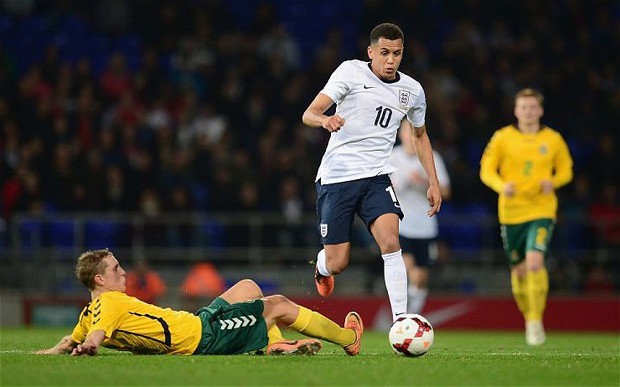 After an accomplished start to the new season, many are stating that Ravel Morrison has turned a corner and is finally ready to live up to the hype surrounding him.

The West Ham winger has been in excellent form for his club and has also broke into Gareth Southgate’s England under-21 side of late.

The former Manchester United showed both the good and bad last night for his nation, sparking questions over his temperament once more. Two excellent goals, one another impressive individual effort, showed that Morrison has all the talent, ability and skill to be a real star.

However, Morrison’s less pleasant side re-emerged with controversy on the pitch once more. With the 20-year-old on a hat-trick, Saido Berahino converted a penalty, with Morrison clearly unhappy that he was not given the privilege of stepping up.

Afterwards, a fracas on the pitch broke out between the West Ham starlet and Wilfried Zaha, with the pair pushing and shoving each other. Nathan Redmond needed to come to the rescue and separate the arguing pair.

With some of the other misdemeanours that Morrison has been guilty of in the past, the argument with Zaha shows that the star still has a lot of growing up to do and needs to mature if he wants to fulfill his ambitions of playing at the highest level.

Henry Winter wrote in The Telegraph this morning that Morrison would be in his senior England squad on the plane to Brazil for next summer’s World Cup, and the pros and cons are there for all to see.

Just looking at the individualism of Andros Townsend and the impact that he has made shows that Roy Hodgson should look to unshackle some of England’s young stars. Morrison is arguably a more exciting talent than the Tottenham man, and continues to do extraordinary things with the ball at his feet.

However, Morrison’s temperament will certainly hold him back. The last thing that Hodgson would want would be for the West Ham man to have a similar outbreak on the pitch as occurred last night.

You can put it down to Morrison being eager to excel and do his best, and the player is still young. However, if he wants to make the step to the next level, especially with his questionable reputation, he needs to keep his nose clean for the rest of the campaign.