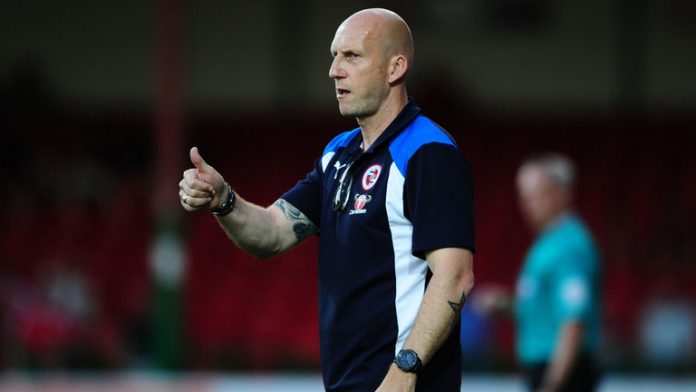 Reading boss Jaap Stam believes Leeds United are under pressure to perform after losing their last two games in the Championship.

Defeats at Cardiff City and Sheffield Wednesday have seen Leeds drop to fifth in the standings, although they are only four points off the top of the table.

Stam’s team have won just twice this season, but the former Manchester United defender told Get Reading that he’s confident he can turn things around.

“You never know whether it’s a good time to play them or not, we just need to focus on ourselves and what we can do,” he said.

“Games against Leeds are always intense. They’ve got a good team and it’ll be a packed stadium.

“There is pressure on them to win because they’ve just lost two games in a row but they are doing okay so it will be an interesting afternoon.

“But for us it can give us a lift if we get a result and it can change everything if we get a win.

“This season we have been close to getting a win but haven’t got it. It’s because of small things or mistakes which we have made.

“If you’re on a winning streak then things can be easier and go for you. If you’re not winning then it’s in the hands of players.

“Everybody is very confident that if we keep doing what we’ve been doing then the results will come.”

Leeds have lost one of their last six meetings with Reading and look a good bet to improve on that record this weekend.

Reading’s last victory at Elland Road was a 4-2 success back in 2014, but they have struggled for form during the current campaign.

The home side are priced at 9/4 to win the game without conceding a goal and that looks worth an interest.