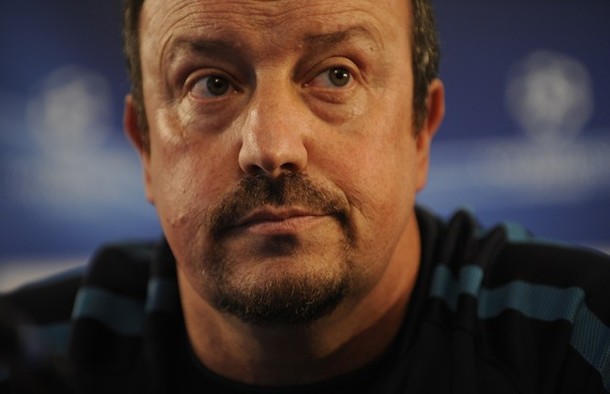 Napoli have confirmed their manager Rafael Benitez will leave the club after the end of the season.

In a press conference, the Spanish manager has expressed his desire to leave the Italian club after Sunday’s last league game against Lazio.

“I thank the President, society and all the fans because after 2 years ends my experience here in Naples. Sunday, waiting for us a very important game and I want to finish my 2 years with a victory,” Benitez said via the club’s official Twitter account.

“It’s always sad to leave a place where people treats well right from the beginning, so it was in Naples. The family has been the key of my choice, the Naples and Aurelius have made all efforts and we were close to renewal,” he added.

Earlier this week, Real Madrid president Florentino Perez sacked Carlo Ancelotti after the Italian failed to win silverware in this campaign. The former Chelsea and Paris Saint-Germain boss became the list of high profile managers to be shown the exit doors by Perez.

Real chief admitted the club was looking for a manager who could speak Spanish. Benitez, who was in Madrid will be the right fit. Reports suggested that the 55-year-old was the firm favourite to replace Ancelotti.

With the former Liverpool manager now confirming his Napoli exit, he is likely to be headed to Real after completing one more game with the Italian club. It should be seen if he can achieve any success with his hometown club.

His immediate priority after sealing a move to Real will be to retain Gareth Bale and Cristiano Ronaldo, who has been constantly linked with a move to Manchester United and PSG.