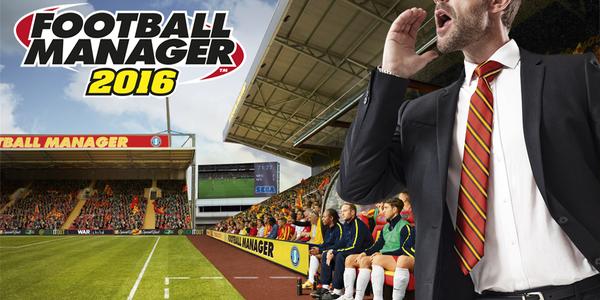 Sega and Sports Interactive have confirmed Football Manager 2016 will be released in three versions and PC and Macintosh simulation scheduled to release later this year on November 13.

To access it on mobile devices, one can use Football Manager Mobile, which is available for all iOS and Android services.

#FM16 Customise your own touchline manager character & see them and other managers on the touchline pic.twitter.com/DKGINbgTPg

A statement read, “SEGA® Europe Ltd. and Sports Interactive are proud to present football fans across the world with an opportunity to lead their favourite team to glory with the latest release in the multi-million selling, international smash hit Football Manager™ series.

“Due for release from mid-November, Football Manager 2016 will comprise a suite of simulations, designed to provide the perfect football management experience for the widest possible audience.”

“Previously known as Football Manager Classic, Football Manager Touch has, until now, been available as a ‘quick play’ mode within the full simulation (and for high-end tablets since March).

“Now, for the first time, it will be available separately through Steam (for PC and Macintosh), as well as for high-end tablets. Football Manager Mobile was formerly known as Football Manager Handheld.”

“For some time now it’s been clear to us that there is no ‘one size fits all’ football management experience,” Jacobson said.

“While a huge number of our fans have the time and dedication required to devote themselves to the ‘full’ simulation, there’s an equally-large number who prefer a more streamlined option.

“Not only that, but the widespread availability of mobile devices means that people are playing in different ways. The introduction of Football Manager Touch as a standalone offering – playable across computer and tablet – means that we now offer something for everyone.”

Key Features For This Season’s Line-Up