Let that be a lesson to all footballers who think can escape the clutches of justice: playing the beautiful game is sometimes not enough to mellow the heart of a judge.

Vincent Pericard, French-Camerounian striker in force at League Championship club Stoke City, was just recently released from the Exeter penitentiary on a suspended sentence, after a period over one month spent in prison. UK’s most reliable news source The Sun (who else?), snagged an interview with the player, who told the tale of his life behind bars. 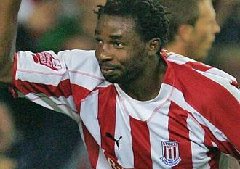 A little bit of history first: in March last year, Pericard was snapped doing 103mph in a 70mph zone in his flash Mercedes CLK 500. He tried claiming his stepfather Jack Henri Pericard was behind the wheel, but what he didn’t know was that British police would track down Mr. Pericard Senior, and confirm that the stepdad had not set foot in the UK for over 3 years!

Late in August, Pericard pleaded guilty to perverting the course of justice, and was sentenced to 4 months in jail.

“The greatest fear I had was for my sanity,” said Pericard to The Sun after his release. “I was afraid of losing my mind, going mad, becoming claustrophobic and not being able to express myself any more. (…) I feared my head would explode.”

What nearly sent Pericard over the edge was the prison’s daily routine, made of regular hours and fixed rules. “”We ate in our cells, where we’d be locked up until 11am, and then we’d go and get our lunch, which we’d once again eat behind closed cell doors. It was the same routine again with the evening meal.” A nightmare in essence, just like the measly £7 weekly salary given to each convict, which Pericard used to recharge his cellphone, and buy extra clothing or food. “If you stayed in bed all day you didn’t have enough to eat.” 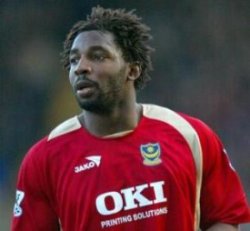 To top it all, the ex-French Under 21 star also witnessed an inmate (in the cell next to his) take his own life… “Prison is a whole other world, a place where no one wants to end up (…) It was a society of criminals with its own way of thinking, where all the laws and rules are different. I was living daily with drug dealers, pedophiles, rapists, murderers (…) people who no longer form part of society, and I do not want to be like them. It is the toughest thing I have had to endure in my life.”

Pericard is now on parole (suspended sentence) after being originally sentenced to 4 months in prison, which means he’ll have to live another 3 months with an electronic ankle bracelet. Not ideal when you’re playing football, but in case you’re wondering: the bracelet never comes off, not even during practice sessions.

“The judge who sentenced me was in a bad mood that day, and he wanted to make an example of a footballer,” argued the forward. “When he passed sentence on me I didn’t know how to react… the police put handcuffs on me straight away and led me to the cells – the shock lasted for days. In my cell I learned that everything in your life can change in the blink of an eye (…) I’d been happy, with my friends and my freedom, but suddenly they took everything away: no contacts, no phone, nothing. It has been a hard lesson for me: from now on I will respect the law and I recommend everyone do the same.”

Fortunately for Pericard, during the hellish 5 weeks of reclusion he received the support of his former coach at Porstmouth, Harry Redknapp, as well as old teammate Teddy Sheringham. The board of Stoke City also gave the Frenchman a big vote of confidence, by giving him a second chance at the club. “They could have easily canceled my contract and saved some money, but they didn’t, they had faith in me and this helped, gave me hope. Now, every day of the week is like Christmas, because I am back with my friends and my teammates.” Far from the convicts of Exeter.

On a lighter note, Vincent must have kept busy during his stay in prison. Don’t tell me that isn’t him next to Vinnie Jones…

Do you know of any other football players that had to serve time behind bars?

.
List of Football’s Lags XI and Vincent Pericard quotes from The Daily Mirror