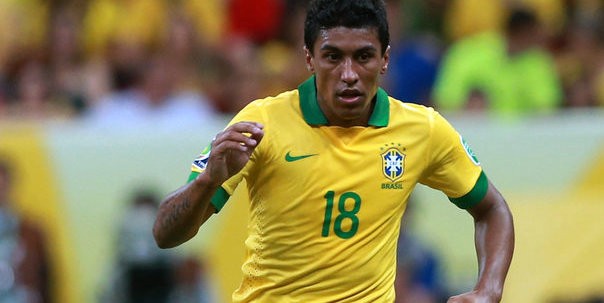 Paulinho is set to complete his move to Tottenham Hotspur to become one of Andre Villas-Boas’ first signings this summer.

He’s a player that Real Madrid tried to poach so spurs have got themselves a key midfielder and a player who could dramatically improve their side in a number of different ways.

Paulinho goes to Spurs after a very good Confederations Cup tournament where his passing stats were superb.

He successfully found his target 84.9% of the time during the tournament which means he doesn’t give the ball away very often.

That will improve Tottenham’s chances of retaining possession for longer and maintaining pressure over the opposition.

He also showed at the Confederations Cup that he can score goals frequently despite the fact he’s more of a defensive midfield player.

He bagged a goal for every two games during the tournament and if he can chip in at Tottenham it will take the pressure off of the other midfielders.

It’s testament to the way he reads the game and shows he’s a very good judge over when to leave behind his defensive role, to get forward and get involved with the more creative and attacking players.

He was very aggressive with his tackling during the tournament, making 2.8 key tackles per game on average.

The fact he didn’t get booked in the process is also a tribute to his timing and shows he knows how to judge when to dive in and when to back off and contain a player in space.

Spurs cannot afford to have players suspended through poor discipline next season.

Michael Carrick at Manchester United has shown how important a player can be when he just reads the game well and intercepts the ball.

Paulinho was making over one interception per game during the Confederations Cup, stepping out of his central position to win the ball back, turning defence into attack within seconds.

He had an average of one aerial duel won for every two challenges during the Confederations Cup which may not sound impressive but it’s important in a Premier League context.

It’s important because there are several teams in the Premier League that base their football around long balls and taking advantage of teams aerially.

Paulinho clearly has some ability in the air which will increase his chances of helping Spurs when it comes to dangerous set piece and dead ball situations where they are under pressure.

The latest transfer stories can be followed using our Premier League transfers page.