Five players who must play for Chelsea against Walsall 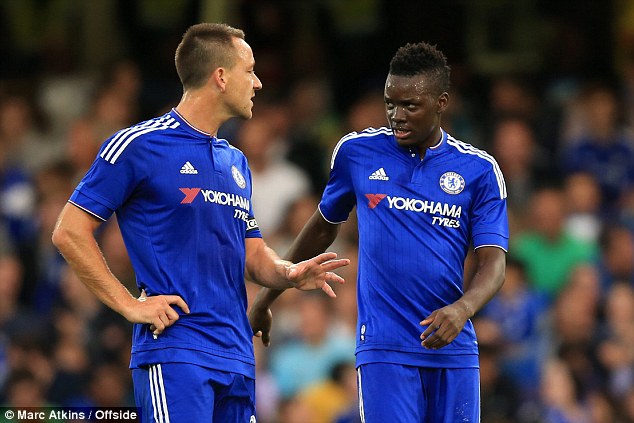 Chelsea’s defence of their Premier League title hasn’t got off to the best of starts, as they already find themselves 8 points behind Manchester City after 6 games. They will be hoping though, to fare much better in the Capital One Cup, the second trophy they will be defending this season.

The Blues travel to the Bescot Stadium to take on League One outfit Walsall in Round 3 on Wednesday night. While winning is certainly a priority, the League Cup also offers the perfect opportunity to give match-time to some youngsters in the squad. Jose Mourinho has sent a whole host of talented players out on loan this season, but still has a group of individuals who are itching to get on the pitch.

Here are five players who must feature in the starting XI for Chelsea against Walsall:

One year ago, Terry’s inclusion in this list would have been very unspectacular indeed. The captain played every minute of every Premier League game last season, and didn’t really need to feature in midweek games against relatively lesser opposition. The situation now though, has completely changed. The Englishman has lost his place in the starting line-up after a shaky start and judging by the way Kurt Zouma played last week against Arsenal, Terry’s stay on the sidelines in the Premier League is set to continue. The lack of pace in his 34 year-old legs has let him down this season, and he has also been sucked out-of-position far too often for Mourinho’s liking. He is still though, the most influential figure in the dressing room.

It is essential therefore, that he starts against Walsall and puts in a commanding display. He is line to make his 650th start in this one, and will want to prove to everyone that he has still got it.

A lot was said about Djolobodji when he signed on deadline day from Nantes, but he is yet to feature in any competition for Chelsea. The Senegalese was a commanding presence at the back during his time in Ligue 1, and partnering one of the greatest of all time in Terry in his first Chelsea appearance would be as good as it gets. He should start this one, with Zouma and Gary Cahill given a day off. The 26 year-old will be looking to stake a claim for a place in the starting line-up down the line.

The Colombian’s Chelsea career got up and running with his goal against Crystal Palace at the end of August, but unfortunately, an injury has seen him only one appearance since. He needs to get some more confidence under his belt to have any chance of displacing Diego Costa, and with the Spaniard set to be banned following the fracas against Arsenal, Falcao’s opportunity may not be too far away. Starting against Walsall and getting on the scoresheet will do him a lot of good.

The young Brazilian has clearly impressed Mourinho in his first few weeks at the club. He has already made two appearances in the Premier League and despite not being in the squad for the last two games, should get his opportunity from the start here. He shown plenty of promise, but needs to be given more game time to find consistency.

Alright, I may be pushing my luck a bit here. It wouldn’t be very Mourinho-like to start inexperienced youngsters on both wings. But to be honest, Traore deserves his chance. The fact that he wasn’t sent on loan shows that the manager has plans for him. The Burkinabe was brought on as a second-half substitute in Chelsea’s Champions League tie against Maccabi Tel-Aviv last week, and a start here against the third division could give him a great platform to shine.

Notable mentions: Ruben Loftus-Cheek and Abdul Baba Rahman too, are in line for playing in this one from the start. Both of them were brilliant in the Champions League last week, and this would be another chance for them to progress towards the Premier League first-team.