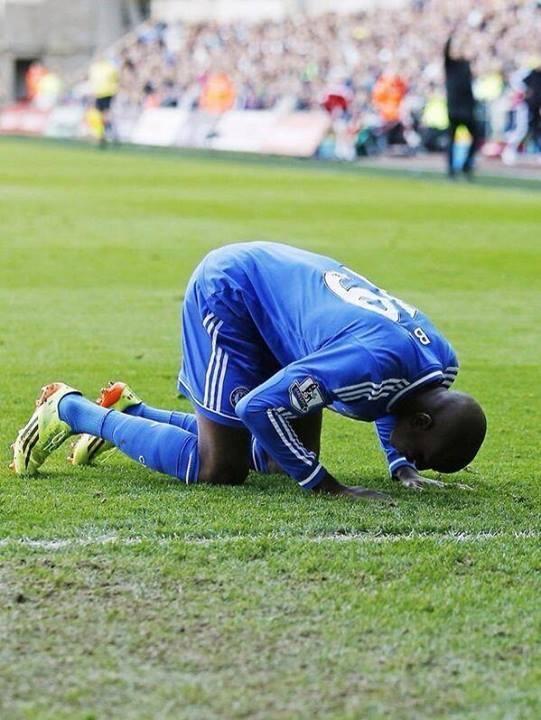 Ba deserves to keep his place

Before his monumental goal against Paris Saint Germain in mid-week, to fire Chelsea into the Champions League semi-finals, Ba was behind Torres and Eto’o in the centre-forward pecking order. Now, he has risen to the fore.

Before winning over Mourinho, Ba had impressed in substitute cameo appearances, scoring two against Tottenham last month and endearing himself to the Bridge faithful with his goal against PSG on Tuesday evening.

He started at the Libery Stadium, troubling Ashley Williams and first Chico Flores, before the Spaniard’s needless double bookings, and then his replacement Jordi Amat. His goal, with twenty minutes remaining, was clinical and crucial, effectively put the game out of reach for this gallant Swansea side. Deservedly awarded Man of the Match.

Courtois will have to fight for number one jersey

Thibaut Courtois is an excellent goalkeeper, tipped to strip Cech of the number one jersey as he flourishes as a pivotal part in a powerful Atletico Madrid team, Chelsea’s opponents in the Champions League semi-finals. Yet, it won’t be as easy as that.

The Czech Republic skipper saved excellently from Wilfried Bony twice, one an amazing reaction stop, and a sweetly-struck effort from Wayne Routledge. He is a world class keeper, unworthy of assuming the role of back-up keeper.

Mourinho had noticed the problem in pre-season, acquiring Marco Van Ginkel in the summer as he searched for a mobile, leggy midfielder. In January, he was shrewd to beat off competition from the likes of Liverpool for his signature, and the £21m invested in the Serbia international is paying dividends.

Chelsea were criticized for letting him go in the first place as part of the deal to sign David Luiz from Benfica, but Matic’s incredible development under the sagacious eyes of Jorge Jesus was unexpected.

His propensity to keep moves ticking over, collect loose balls and stride forward whilst playing guard in front of the Blues’ solid defensive unit, coupled with his excellent vision to pick out Ba for his goal is what Mourinho paid £21m for. No losses, just gains.

For thirty minutes after Chico’s foolish expulsion, Swansea continued to employ their possession-revolving playing style, leading the possession charts. After the interval as Chelsea emerged from the half-time break with more vigour, intensity and urgency, the hosts finally crumbled under the pressure. Garry Monk’s side are only a few points away from safety, with Newcastle, Aston Villa, Southampton and Sunderland their remaining four games. Yet, they should not be struggling at the foot of the table.

With the quality in their starting line-up, a mid-table finish should have been the minimum expected. Michel Vorm is a decent goalkeeper, with Leon Britton and Jonjo Shelvey effective in the holding role behind the attacking prowess of Dyer, Hernandez and Routledge, supporting Bony. Play like they did here and they should retain their Premier League status without much bother.

The 21 year-old, dubbed the “Egyptian Messi” for his tendency  to drift past opposition defenders, impressed on only his second league start, wreaking havoc in the Stoke back-line a week ago.

He frequently found himself in behind the Swansea defence with his wonderful turn of pace, deciding to supply the profligate Eto’o on two occasions, with the Cameroonian failing to profit from the Egyptian’s menacing incursions. Give him time and he could really flourish.