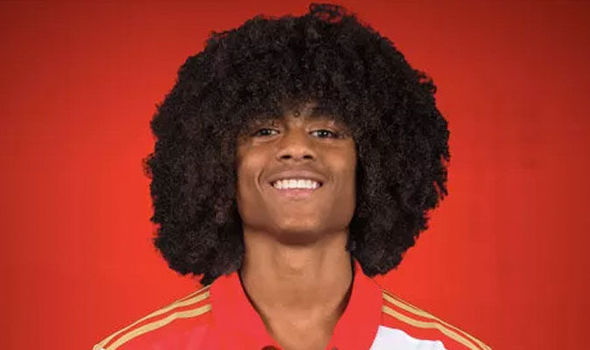 Feyenoord youngster Tahith Chong has revealed that Manchester United have shown an interest in signing him. The 16-year-old has been attracting interest from other top clubs, including Premier League giants Chelsea.

Chong caught the attention of United scouts while playing for Feyenoord at the Premier Cup tournament which was held at Manchester United’s training complex, Carrington, in August.

Speaking to Dutch media FR12.nl, Chong said that Manchester United have shown an interest in him, but he wants to focus on his career at Feyenoord at the moment.

He further reveals that the Dutch club are looking to offer him a good contract, and there is a high chance that he may reject offers from heavyweight Premier League clubs to remain in Holland.

“It’s true that Manchester United are interested in me, but I want to stay at Feyenoord. There is absolutely no question that I’m not going to stay with the club.

“Feyenoord is now coming up with a plan for how they see me in the coming years at the club. I am hopeful that it will be good and that I’m going to sign a contract with Feyenoord,” said the youngster on Manchester United’s interest.

Chong primarily plays on the wing, but he is equally comfortable playing as a striker. He is known for his pace, excellent technical abilities and an eye for goal.

He has already represented the Netherlands Under-16 team, and is tipped to be one of the ‘next-big-stars’ to emerge from the country.