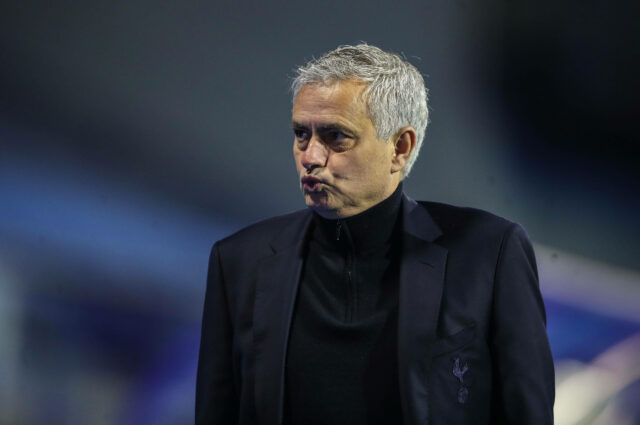 Tottenham Hotspur players are reportedly losing patience with boss Jose Mourinho, with the Portuguese manager insinuating his players are not good enough.

Speaking following the draw with Newcastle United on Sunday, Mourinho suggested that his players are not good enough to challenge for the top four.

When posed the question after the game that Mourinho’s old teams would typically hold on in winning situations, the Tottenham boss responded ‘same coach, different players’.

Following those comments, it has been suggested that Tottenham players are now losing patience with Mourinho.

Matt Law of the Telegraph explained on Monday evening that players were becoming ‘fed up’ with Mourinho pointing the finger at them.

The report suggests the players are frustrated at attempts to shift the blame on them while moving it away from Mourinho after a disappointing set of results.

Despite the reported frustrations, the report claims it is still unclear how the comments have been received by owner Daniel Levy.

The Telegraph also suggest that ‘time may be running out for the Portuguese’ if he continues to clash heads with his own players.

SL View – Could Mourinho be heading towards a Spurs exit?

Big things were expected of Tottenham after Mourinho’s arrival, with early signs pointing towards a step forward.

However, things have certainly not gone to plan this season, and Newcastle was only the latest in a string of poor performances since the turn of the year.

Losses against top-six rivals Liverpool, Chelsea, West Ham and Arsenal have all proved huge setbacks, and he seems to be losing the players.

This has often been the deciding factor in his previous jobs, with the atmosphere seemingly becoming toxic towards the end of his Manchester United tenure.

A win against his former club next weekend would go a long way to repairing his reputation.