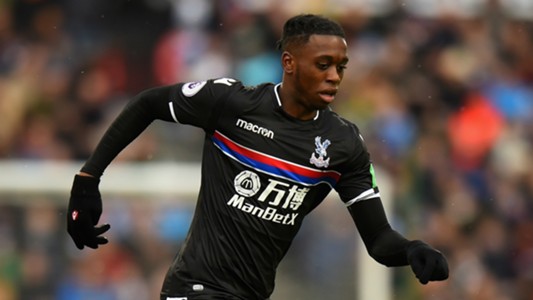 England manager Gareth Southgate has named the 25-man squad to face Czech Republic and Montenegro in the Euros 2020 qualifiers, and many fans have expressed shock at the exclusion of Crystal Palace right-back Aaron Wan-Bissaka.

Here it is – the #ThreeLions' squad for our opening two #Euro2020 qualifiers:https://t.co/3seiPqsZrO

Manchester City’s Kyle Walker, Liverpool’s Trent Alexander-Arnold and Tottenham Hotspurs’ Kieran Trippier were picked ahead of the 21-year-old, and given the impressive form of the Palace starlet so far this term, some fans have taken to Twitter to disagree with Southgate’s decision.

They reckon Wan-Bissaka should have made it ahead of Trippier, and here is how they reacted:

Should be in over Trippier

Even worse that Tripper was picked over him

No Wan Bissaka but Trippier?

As good as @trentaa98 is, and @trippier2 has done previously, I have to say Aaron Wan-Bissaka has been the best English right-back this season #England #ENGCZE

Should Aaron Wan-Bissaka have made the England squad?

Aaron Wan-Bissaka is eligible to represent DR Congo and indeed already has at U20 level. You'd think this'd inspire Gareth Southgate to avoid repeating the mistakes he and Hodgson made with Zaha, but here we go again…

While Wan-Bissaka has only assisted twice in 27 Premier League games this term, he has performed excellently well, attracting the likes of Manchester United, Arsenal, Manchester City, Bayern Munich and Borussia Dortmund ahead of the summer transfer window, and he was widely tipped to be called up.

On the other hand, Trippier has a goal and three assists in 23 games for Tottenham, but he is yet to replicate the form that endeared him to fans at last summer’s World Cup in Russia and has struggled for consistency for the north London outfit thus far.

Wan-Bissaka is eligible to represent DR Congo having made an appearance for their under-20’s, but he represented England U20 and England U21 last year, and it remains to be seen if the Three Lions will risk losing him to the African side.