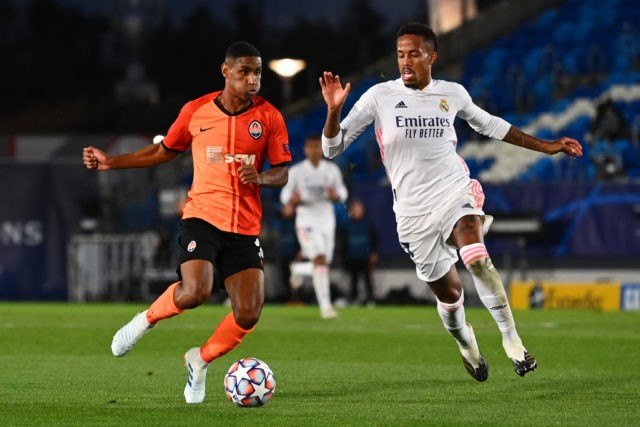 Romano has claimed that he is one of the players Spurs are looking at, but Madrid have not yet decided yet whether or not to allow the Brazilian defender to go out on loan this month.

The Guardian journalist has also suggested that his situation could change in the next few weeks, and a potential transfer cannot be completely ruled out.

“He is one of the players Tottenham are interested in. But at the moment, I am told that there is nothing advanced,” Romano told the ‘Last Word on Spurs’ podcast.

Tottenham could be looking to add depth in defence, and the north London club have been linked with a move for Militao who has struggled for regular games at Madrid.

Earlier this week, Duncan Castles has claimed on Transfer Window Podcast that Madrid are trying to offload the player.

Los Blancos have set an asking price of around €50 million (£44.5m), but the La Liga giants are also open to the idea of letting Militao go on a six-month loan deal with an option to buy at the end of the season.

Corriere dello Sport reported earlier this week that Jose Mourinho has personally enquired about the availability of Militao, ahead of potentially signing the defender this month.

The defender joined Madrid from Porto in 2019 but has struggled to make an impact under Zinedine Zidane.

Sergio Ramos, Raphael Varane and Nacho are ahead of him in the defensive pecking order, and a move to Spurs on loan wouldn’t be a bad option for him.