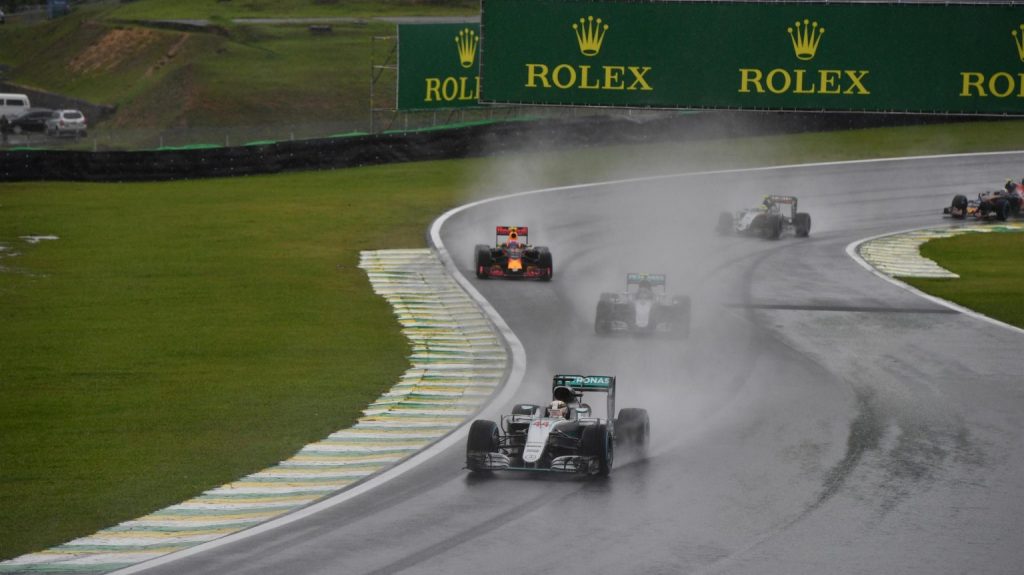 Lewis Hamilton made sure there will at least be the World Championship title to race for on the season’s final day, as he led from start to finish to win his first-ever Brazilian Grand Prix on a rain-affected day. Hamilton’s Mercedes team-mate and Championship leader, Nico Rosberg, finished second, while Red Bull’s young sensation, Max Verstappen, came third.

Hamilton cut Rosberg’s lead at the top to 12 points after starting the day 19 points behind the German. It was a stop-start race at the Interlagos circuit, as safety cars and red flags became the theme of the day. Heavy rains forced a delayed start, and further accidents were caused by relentless water sprays. Additionally, the circuit’s undulations and driver mistakes made for a chaotic race.

While Hamilton lapped faster than any other driver in the treacherous conditions, it was the 19-year-old Verstappen who stole the show in a display of maverick driving that saw him almost lose the plot at one stage before a late surge to a podium finish. The Dutchman already has seven podium finishes this year, having turned Formula One pro only last year.

Rosberg will need a third place finish at the minimum in Abu Dhabi to seal his first-ever Championship title, but going by Hamilton’s resurgence of late, the German has his task cut out. Hamilton’s win was his third on the spin, following victories in the United States and Mexico.

The season-ending Abu Dhabi Grand Prix is on 27 November, as a nail-biting finish is on the cards. Mercedes have already won the Constructors’ Championship, and whatever happens in Abu Dhabi, a one-two finish in the Drivers’ Championship is guaranteed for the Brackley-based team.