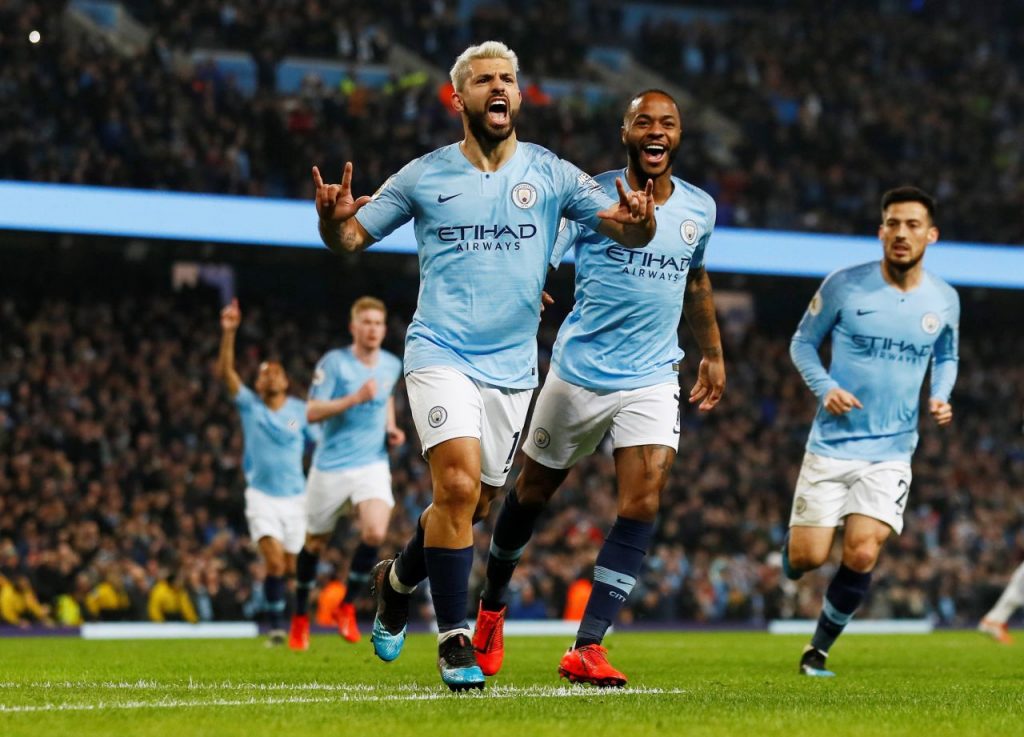 Manchester City aim to put the Norwich City nightmare behind them when they face a struggling Everton side to regain their dominance away from home in the Premier League.

The Citizens sit five points behind league leaders Liverpool, but aim to keep the pressure intact with another victory at Goodison Park which has been a comfortable hunting ground for Guardiola’s side over the past few seasons.

Everton are under fire to regain their form after Sheffield United broke their nine-month unbeaten streak at home.

An under-pressure Marco Silva accused his underperforming players of “hiding”, but he must take inspiration from Norwich to influence his squad to pressurize City’s wonky defence and march forward than sitting deep.

The defending champions’ 8-0 romping of Watford proved they’re a nightmare to defend against, but Jordan Pickford and co will aim to oust their trouble and give their attackers a shot at troubling City’s flaky backline.

Sergio Aguero’s been like an ageless figure for Manchester City this season, having netted in every single Premier League game to dart onto the top of the goal-scorers chart.

The Argentine will look to make it 7-in-7, where he can further break his own record of scoring in each of the first seven Premier League games. However, the deadly striker will find stiff competition from England International Michael Keane.

The centre-back’s kept a few clean sheets this season and is impressive with his man-marking ability or tendency to splurge in with crucial challenges. Keane will be a difficult man to dominate, but Aguero’s sensational form will probably extend in the weekend.

So for Fabian Delph, it’s the opportunity to prove to his former employers why they were wrong to release him. Well, so far he hasn’t made them regret anything with a series of underwhelming performances.

However, the versatile midfielder knows City’s style inside out and is pretty strong with his defensive work or stopping attacks.

He’ll be in charge of marking an unrelenting Kevin De Bruyne, who’s probably the best player in the league right now. With two goals and seven assists already, the Belgian’s cutting apart defences like a knife with bread.

KDB’s unpredictable movement and devastating final delivery must be stopped for Everton to get a result. Delph must keep his former team-mate quiet by sticking close to him and neutralizing his threat.