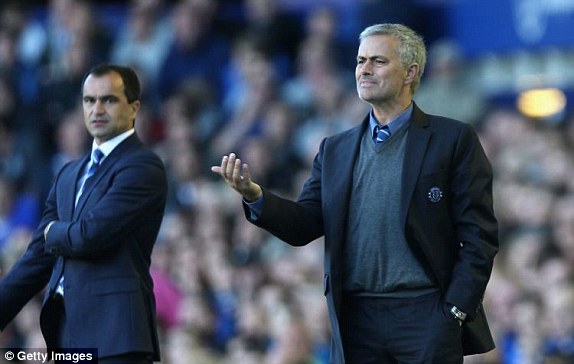 Well, what can you say about Chelsea’s start that hasn’t already been said? Bidding to retain the title they won so easily and convincingly last season, the Blues are floundering in 13th place this time around, with just 4 points in as many games. The games don’t get any tougher, and a trip to the Goodison hasn’t always yielded good memories for them in recent seasons.

Jose Mourinho’s men stumbled to only their second home loss in 200 league games under the Portuguese last week, looking listless and tired as Crystal Palace came away from Stamford Bridge with a 2-1 victory. Things need to change quickly, with Manchester City already 8 points clear off them and looking unstoppable. 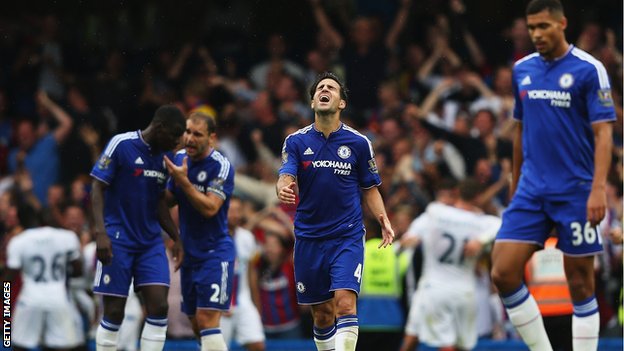 They will take heart from the fact that opponents Everton aren’t in great form either. Roberto Martinez’s men are just 1 point better off than Chelsea, and have only one once this season. Four of their five points thus far have come away from home.

All eyes will be on defender John Stones in this one, after the Englishman was retained by Everton despite constant interest from Chelsea in the summer, which involved three rejected bids. The 21 year-old handed in a transfer request, and was jeered by a faction of his own fans last week at White Hart Lane. It remains to be seen how he handles the situation at home for the first time.

Midfielder Tom Cleverley will miss out after an ankle ligament injury that could keep him out for about two months. There is good news for Martinez though, with left-back Brendan Galloway being declared fit after limping off against Manchester City two weeks ago.

Bryan Oviedo is in line for a start with Martinez hopeful of him recovering from a knee ligament injury, while new signings Aaron Lennon, Ramiro Funes Mori and Leandro Rodriguez are all available for selection.

The Blues have a late injury problem, with Thibaut Courtois suffering a knee injury in training yesterday. The Belgian required surgery, and is unlikely to play any part for the rest of 2015.

Mourinho has confirmed that Oscar is also out, as he continues his recuperation. There may be a whole bunch of tactical changes from Mourinho though, with the likes of Abdul Baba Rahman and Ruben Loftus-Cheek in line for starts.

– No team has scored more goals against Everton in the Premier League than Chelsea, who have netted 268 times against the Toffees. Six of those came in this fixture last season, when the Blues ran out 6-3 winners in an utterly crazy game.

– Chelsea’s start to the season is the second-worst of all-time for a Premier League champion. Their tally of 4 points in 4 games is better off than only Blackburn Rovers’ 3 in the same time in the 1995/96 season.