Everton still in the hunt for Diogo Dalot 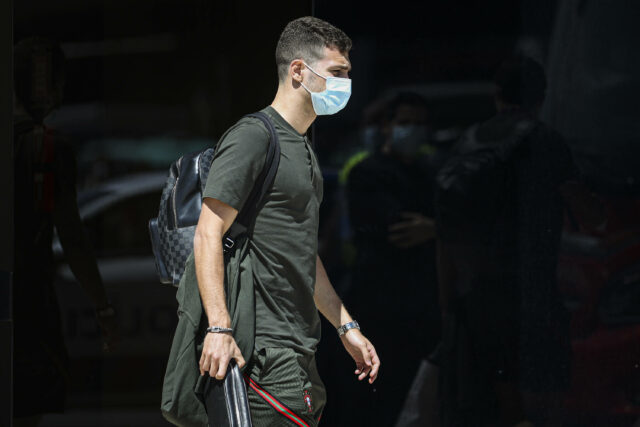 Everton are still interested in signing Diogo Dalot from Manchester United, according to reports from The Athletic.

Bolstering the right-back area is one of the priorities for Rafael Benitez this summer, with the Toffees looking to sign a long-term replacement for Seamus Coleman.

Jonjoe Kenny is deemed surplus to requirements at the club, and he will be shipped out.

Everton were interested in Dalot and Atletico Madrid’s Santiago Arias last summer, but the Toffees pulled back on formal bids.

The report claims that they are still interested in signing Dalot, but they also have other targets in mind.

United paid £19 million to sign Dalot from Porto, but he failed to make an impact at Old Trafford. Everton fancy their chances of signing the 22-year-old.

Dalot spent the majority of last season on loan at AC Milan. The Italian giants are keen to sign the player, while former Everton manager Carlo Ancelotti wants him at Real Madrid.

It has been reported that Ancelotti has urged the club’s hierarchy to monitor Dalot after missing out on signing him for Everton.

Manchester United have been linked with a move for Kieran Trippier, who wants to return to the Premier League. His arrival would pave the way for Dalot’s departure.

Everton are also interested in signing PSV Eindhoven and Netherlands right-back Denzel Dumfries, but the Toffees are yet to make a formal move.