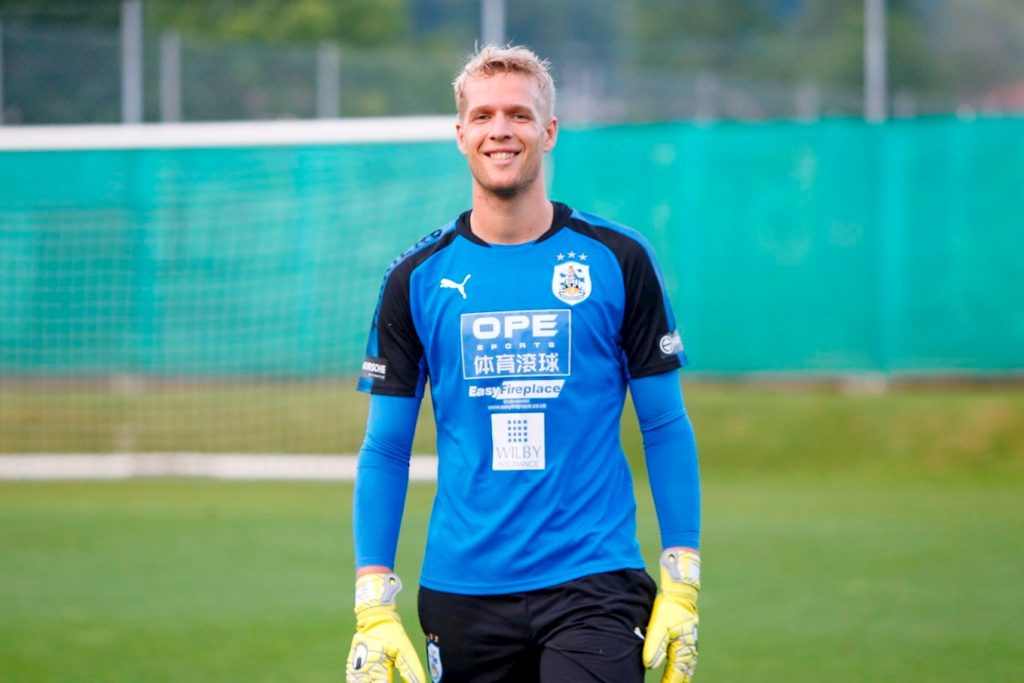 Everton are set to sign the Huddersfield keeper Jonas Lossl this summer.

According to footmercato, the Toffees will sign him on a free transfer once his deal expires at the end of June.

The Terriers are back in the Championship after a poor season and they will have to rebuild without a key player next season.

As per the report, Lossl had his medical with Everton on Friday and he is set to sign a two-year contract with them.

Marco Silva already has a good keeper in Jordan Pickford and it seems that Lossl will come in as his competition and back up.

The 30-year-old should prove to be a good signing for Everton.

He has the experience and the quality to be a decent squad option for Marco Silva over the next two seasons.

The fact that he will come in as a free signing allows Everton to focus their resources in the other areas of the squad.

Everton will need to improve their midfield and attack in order to challenge for European football next season.

Also, they must try to hold on to key players like Andre Gomes and Kurt Zouma. Both players were on loan at Everton this past season and Silva must break the bank to sign them permanently.