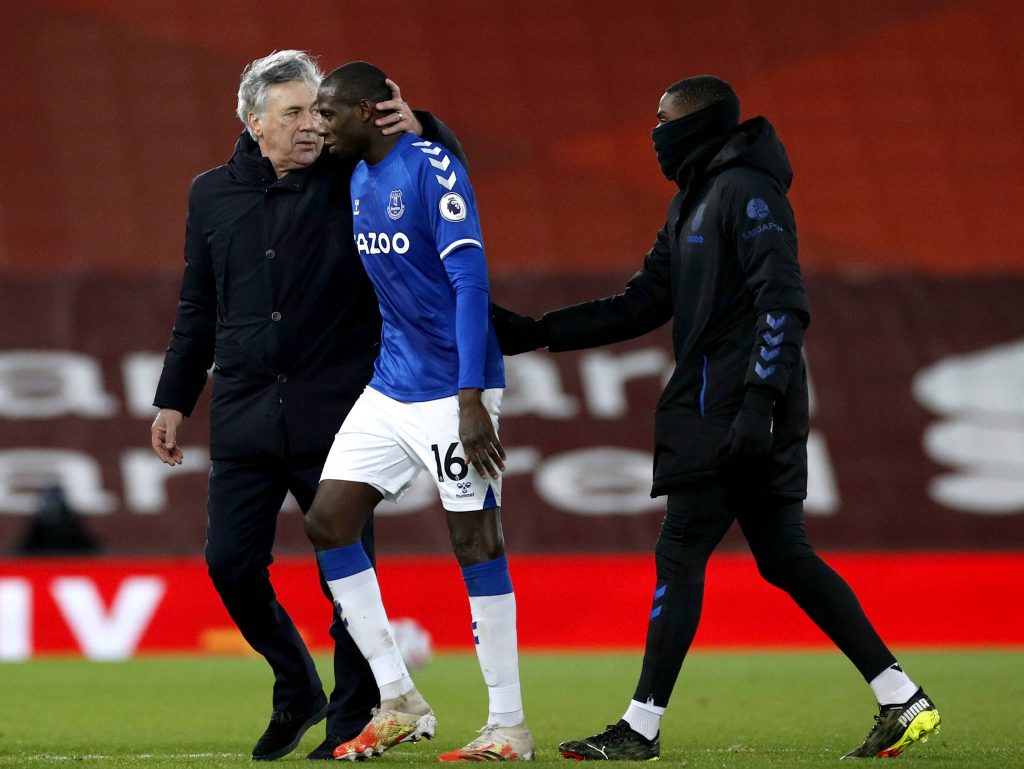 Everton have received an injury boost in the form of Abdoulaye Doucoure, with the Frenchman seemingly returning to individual training this week.

Doucoure signed for Everton last summer and has impressed at Goodison Park.

His energy in the middle of Carlo Ancelotti’s team has been pivotal to the way Everton play, and he has been missed since suffering an injury in March.

It was initially feared that he would miss the remainder of the season, but the midfielder posted a tweet earlier this month claiming he was confident he would play again this season and would come back ‘the strongest I can’.

Doucoure has now been pictured in training at Everton’s training ground.

While this is far from confirmation that Doucoure will return soon, it will come as a huge boost for Everton with a tough schedule coming up.

With a top-six finish still very much possible, games against Aston Villa, West Ham United, Wolverhampton Wanderers and Manchester City could be huge.

SL View – Will the Toffees secure Europa League football for next season?

There is still a genuine chance Everton could be in the top six at the end of the season.

However, they must fix their inconsistency issues if they are to have any chance.

Ancelotti’s side have been unplayable at times this season but have also had extremely poor spells.

Their performance against Arsenal was nothing special, with Bernd Leno’s own goal proving to be Everton’s saviour.

The clash with West Ham will be key for the Toffees, who sit just three points behind the Hammers with a game in hand against Villa.

If there is ever a time for Ancelotti’s Everton side to show what they are made of, it is now.