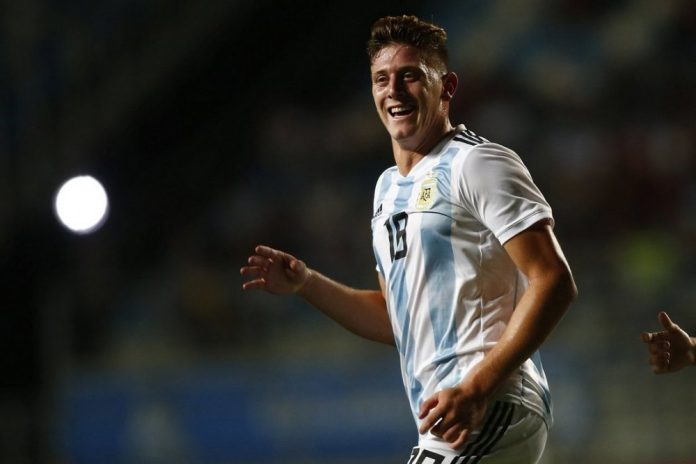 Everton are thought to be interested in signing the Argentine youth striker Adolfo Gaich this summer.

According to Marca (translated by SportWitness), the Premier League club are willing to pay his release clause and get the transfer sorted soon.

The Toffees are expected to sign another Argentine talent in Santiago Sosa. It will be interesting to see if they make a move for Gaich now.

The young striker has impressed for Argentina during the U20 World Cup and he certainly has the talent to play for a club like Everton in future.

If the move goes through, Gaich is likely to join up with the youth team at Goodison Park. He is not ready for a first team role just yet.

Everton have done well to nurture the young talents over the years and they can help the Argentine forward fulfil his potential in future.

As per the report, Gaich has a US$15m release clause. Everton can certainly afford that kind of money but they will have to move quickly if they want the striker.

According to the player’s agent, clubs in Italy are looking to sign Gaich as well.

It will be interesting to see where the prodigious young talent ends up this summer.