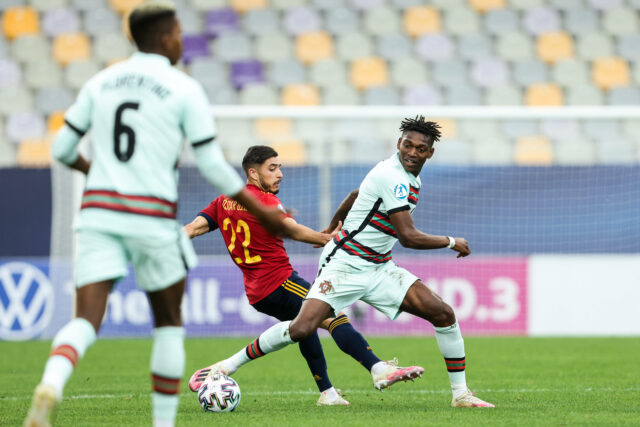 Everton are without a manager at the moment, but it seems they are already preparing the groundwork for the summer.

The Toffees are yet to appoint their new manager after Carlo Ancelotti left the club to join Real Madrid.

Before moving on to any transfer targets, their priority is to appoint a new manager.

If the widespread reports are to be believed, Everton are set to appoint Nuno Espirito Santo as their new manager.

He was almost certain to join Crystal Palace, but talks with the London club broke down.

It has been claimed that Everton could move for Conor Coady and Pedro Neto this summer, and the appointment of Nuno would help them do regular business with clients of super-agent Jorge Mendes.

Another forward is a priority for the Toffees, and Everton could provide Dominic Calvert-Lewin with a perfect partner by signing Rafael Leao.

According to reports from Calciomercato, AC Milan would consider an offer of over 30 million Euros (£26m) for Leao.

Wolves and Everton have been mentioned as the clubs who ‘long been interested’ in the player, while French outfit Marseille are also keen.

Milan have not officially put him in the transfer market, but Mendes has made it known to the Italian giants that several clubs are interested in his client.

Leao is a versatile attacker who can play as a lone striker and a left-sided attacking midfielder.

He scored seven goals last season and provided six assists across all competitions, and would be a superb signing for the Toffees.