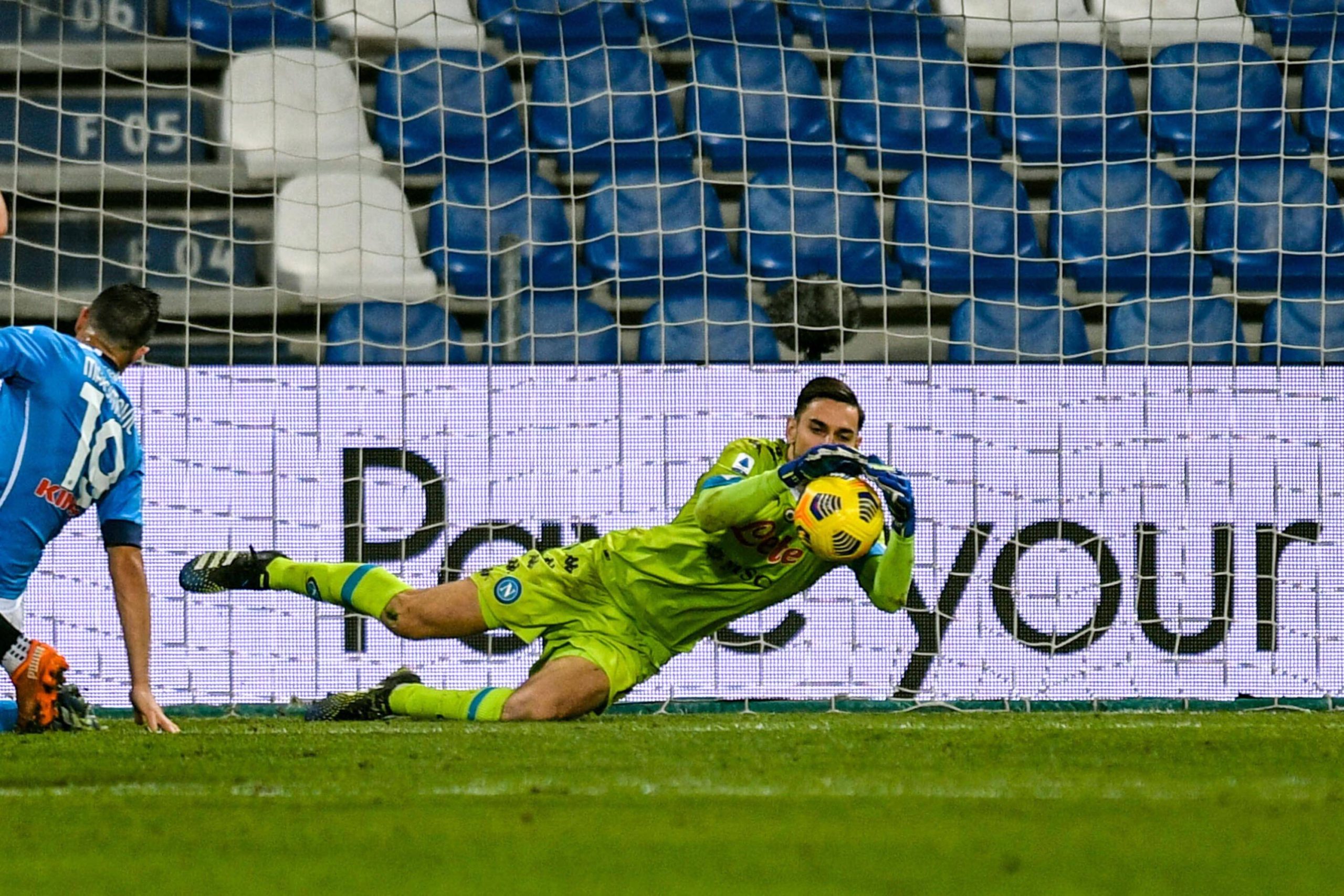 According to reports from Il Napoli, Everton boss Carlo Ancelotti is strongly interested in signing the one-time capped Italy international.

Meret joined Napoli in 2018 and has made over 60 appearances in all competitions. He made nine appearances in Serie A this season and has shared goalkeeping duties with David Ospina on a rotational basis.

Manchester United wanted to sign Meret 12 months ago, but it seems Everton are now looking at him ahead of a potential summer move.

The report claims that Meret will not stick around if Napoli fail to make it into the Champions League next season.

If that is his reasoning, he should also reject any advances from Everton as they are unlikely to play in the competition next term.

However, he played under Ancelotti at Napoli which could be a driving factor if he decides to move to the Merseyside club.

Everton have Jordan Pickford, Joao Virginia and Robin Olsen on their books, with the latter joining on loan from AS Roma.

Pickford is Everton’s first-choice goalkeeper, but Ancelotti may be looking to sign another top-level keeper who could challenge the former Sunderland shot-stopper for the starting spot.

In other news, check out the biggest meetings of the Champions League QF draw.