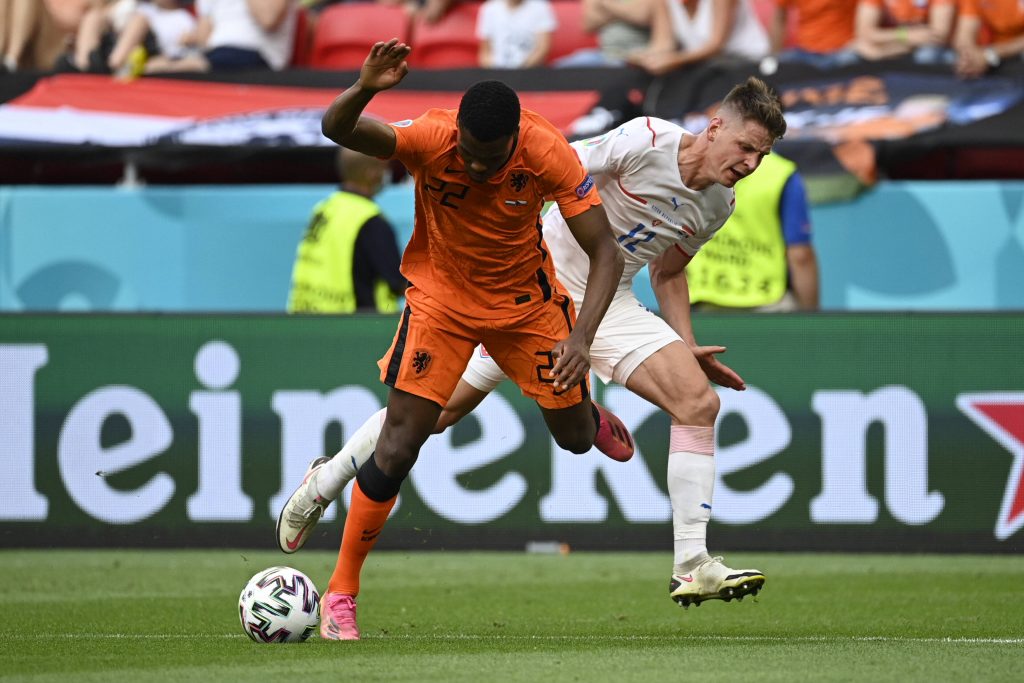 According to Liverpool Echo, the Premier League club are now exploring a potential loan deal for the 25-year-old.

Dumfries shone with PSV in the Eredivisie and was outstanding for his country at the European Championships.

He demonstrated his defensive prowess, while also showing that he can be a big threat in attacking areas.

Dumfries has proven himself in the Dutch league, and a move to the Premier League would be great for his career.

The Toffees need to bring in a quality right-back, and Dumfries seems like the perfect replacement for Seamus Coleman.

A loan move is far from ideal for PSV, with the club reportedly favouring a permanent £15 million transfer this summer.

It would be an impressive piece of business if Everton signed the Dutch international on an initial loan deal.

The club would save money to spend elsewhere during the transfer window while securing the services of a player who would immediately improve their first team.

However, given that Dumfries is available for £15m, Everton fans must be concerned about why the club are dithering over the deal.