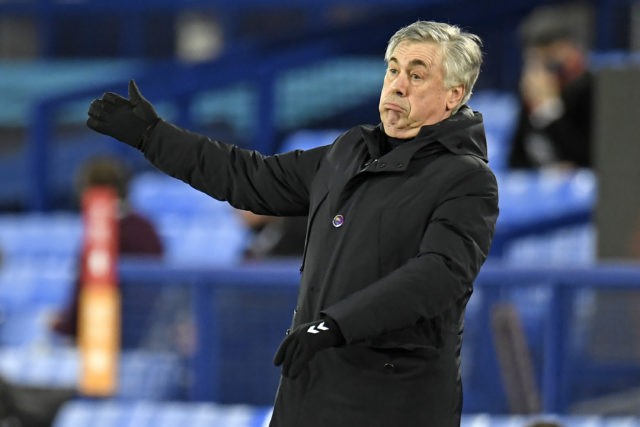 Everton will face Leicester City at the King Power Stadium on Wednesday in the Premier League.

The Toffees returned to winning ways last week when they defeated Chelsea 1-0 at Goodison Park.

Carlo Ancelotti will be looking to maintain the winning momentum when the Toffees face the Foxes, but he could be without some of his key players.

Ahead of the match, Ancelotti has confirmed that Toffees winger James Rodriguez and captain Seamus Coleman will not be available for Wednesday’s clash.

Rodriguez – who joined from Real Madrid in the summer transfer window – missed last week’s 1-0 win over the Blues with a calf injury.

While the club is assessing his fitness on a daily basis, the midweek fixture may have come too soon for the Colombian. He is likely to be fit to play against the Gunners at Goodison Park on Saturday.

The former Real Madrid boss has added that Coleman is nearing a return to full fitness but he did not want to risk him in Wednesday’s match.

Many Everton fans have taken to social networking site Twitter to express their reaction, and they seem happy with the idea that the duo is given proper rest ahead of the Arsenal clash. Here are some of the selected tweets:

Keep James rested till Saturday and let him tear into Arsenal

Keep the same team and formation. Then change it a bit for the Arsenal game.

Same starting 11 as Saturday then please

Fabian Delph will miss the Leicester game with a hamstring injury, while left-back Lucas Digne remains out with an ankle ligament problem.

Ancelotti has confirmed that Jean-Philippe Gbamin is continuing his rehabilitation after an Achilles injury.

While the absence of Rodriguez is a blow for Everton, Ancelotti does have options to replace him. Everton looked solid against the Blues, and a similar tactical set-up is expected when they face Leicester.

The Foxes have picked themselves up after a mini-slump in form, and have now earned three wins in a row in all competitions.