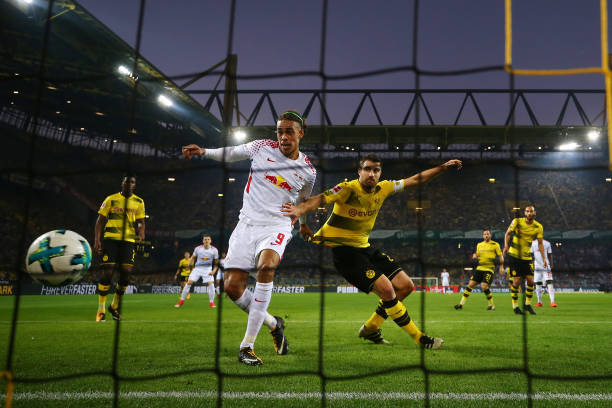 Everton are eyeing up a move for the RB Leipzig striker Yussuf Poulsen.

According to Daily Express, Marco Silva recently sent scouts to watch the player in action.

It will be interesting to see if the Toffees make a move for Poulsen in January. The Leipzig forward scored 19 goals last season and a he would add a new dimension to Everton’s attack.

Poulsen is a target man and he will offer Silva a much needed plan B during games. The likes of Richarlison have a different skillset and it would be good to have another option on the bench.

Silva spent big money on Moise Kean this summer but the former Juventus striker is still adapting to the league. He is yet to deliver the goods.

Everton certainly have the finances to pull this off and it will be interesting to see what happens in January.

Leipzig are reliant on Werner for goals and they might choose to cash in on Poulsen if the offer is right.

The 25-year-old might be keen on a move to the Premier League as well. It would be a step up for him and the move could help him develop as a player.