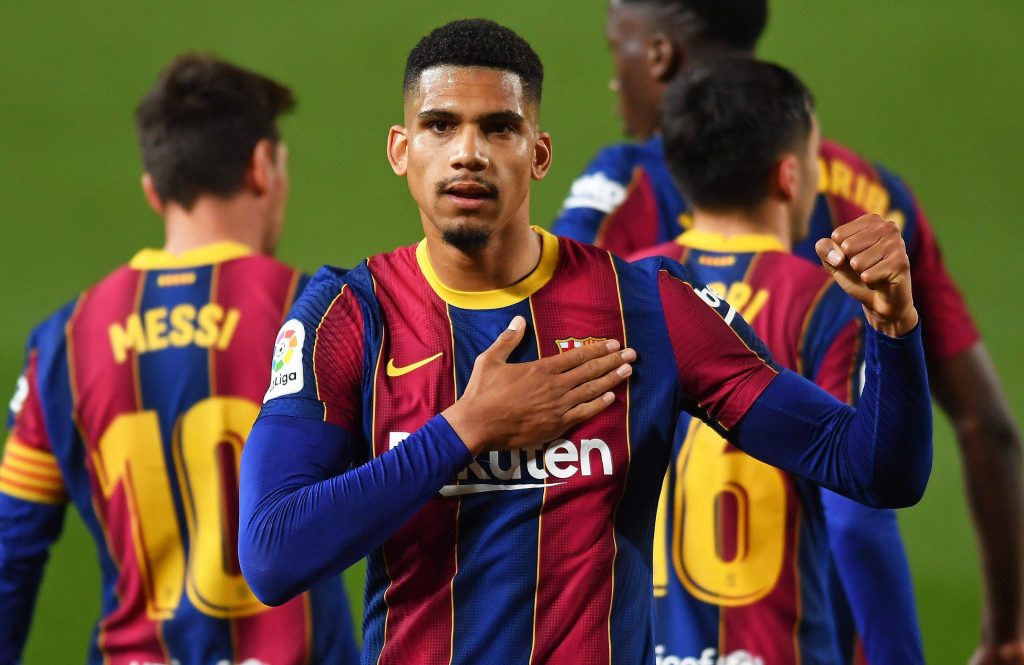 According to Sky Sports journalist and transfer expert Fabrizio Romano, Everton are planning to sign a centre-back in the summer, and they admire Barcelona’s Ronald Araujo.

Everton are planning to sign a centre-back in the summer. Araujo is highly appreciated but Barcelona will *not* sell him. No talks for Demiral, he’s not even a target. 🔵 #EFC

Max Aarons update: new clubs are joining the race. Everton are now looking for other players. 🚨

However, the Spanish giants will not be selling the Uruguayan anytime soon after establishing himself as a key player under Ronald Koeman.

Yerry Mina has been linked with a Goodison Park exit ahead of the summer transfer window, and the Toffees are looking to strengthen their defence ahead of next season.

Mason Holgate has not been particularly impressive, and manager Carlo Ancelotti is eyeing a defender that can perform at a high level consistently.

Araujo has featured in 28 games across all competitions for Barca this term after making just six appearances last term and mainly featuring for their ‘B’ team.

He made his debut for Uruguay last October as a result of his impressive form for the Catalans, and it is unsurprising that Everton have been pleased with his performances.

Ancelotti will have to look elsewhere for a centre-back as Koeman is clearly not looking to entertain offers for one of the best youngsters in the La Liga.

The 22-year-old has played like an experienced pro since the beginning of the campaign, and he has also contributed at the other end with two goals and an assist.

In other news, Everton are ready to do business with European giants for a fee.