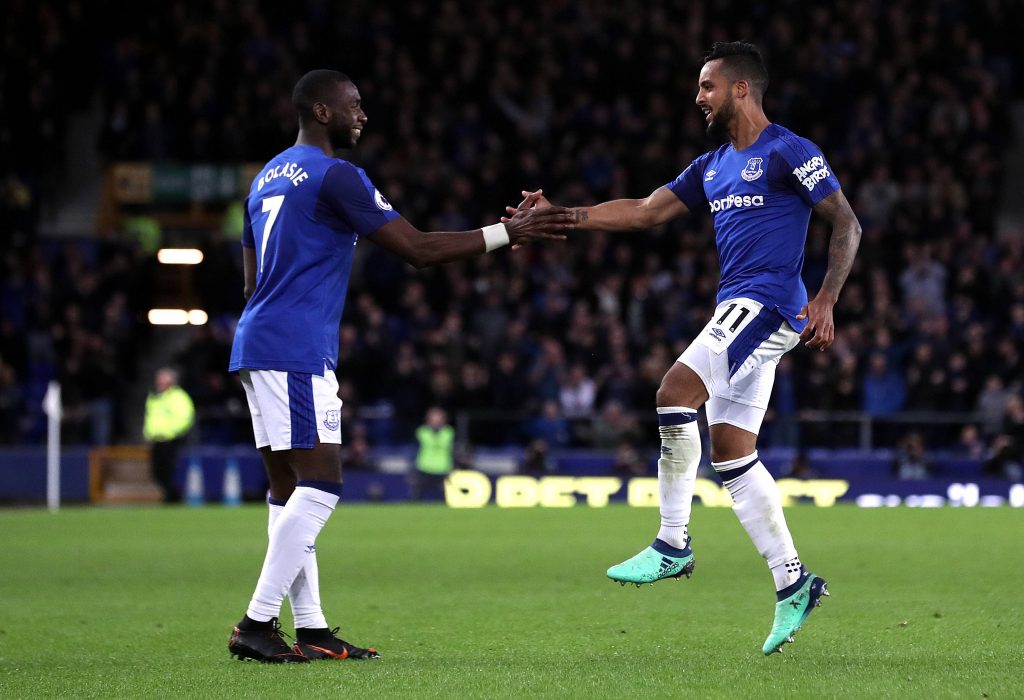 Everton have confirmed via their official website that four first-team players will be released at the end of the month.

The Toffees made a bright start to last season, winning their opening four. However, the rest of the campaign was not as smooth, and they ended up finishing in tenth.

Not long after the season finale, manager Carlo Ancelotti departed the club, returning to former club Real Madrid for a second spell. Everton are yet to appoint a replacement.

And now they have confirmed even more exits, with four senior players set to leave this summer upon the expiry of their contracts.

The four to go are Joshua King, Theo Walcott, Yannick Bolasie, and Muhamed Besic, while on-loan goalkeeper Robin Olsen will be returning to Roma.

King arrived at Goodison Park just last January, arriving from Bournemouth. He had previously played five seasons in the Premier League for the Cherries, scoring 50 goals.

However, he could not add to this tally for Everton, failing to find the net in 11 appearances.

Walcott has made 85 appearances for the Toffees since signing from Arsenal in January 2018, scoring 11 times.

He has spent the last year on loan at Southampton, where he is set to sign permanently, confirmed the Saints in May.

Bolasie joined from Crystal Palace back in the summer transfer window of 2016 for a reported £25 million fee – the club’s second most expensive transfer ever at the time.

Early on in his career for the Merseyside club, he sustained an anterior cruciate ligament injury which kept him out for over a year.

The DR Congo international has not made an appearance for Everton in three seasons, spending time on loan at Aston Villa, Anderlecht, Sporting Lisbon and Middlesbrough.

Besic is the longest-serving of the outgoing players, first joining the club in 2014 from Ferencvaros.

The 28-year-old has played 56 times for Everton, spending two-and-a-half seasons on loan at Middlesbrough and Sheffield United.

Nine players from the Under-18s and Under-23s are also set to be released, including centre-back Matthew Pennington.

The defender made seven top-flight appearances for Everton, scoring a goal in a Merseyside derby at Anfield.