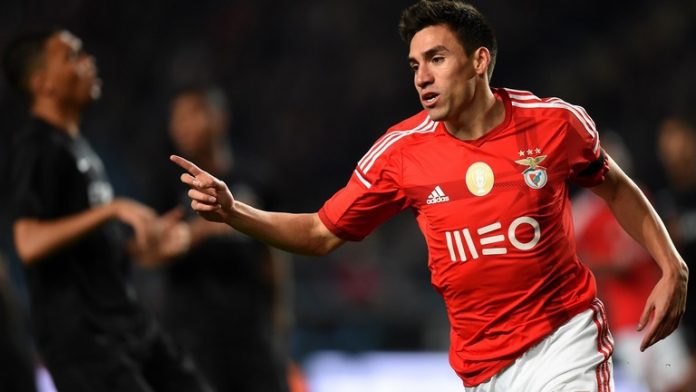 Everton and West Ham United are amongst a quartet of clubs chasing the signing of Nico Gaitan from Atletico Madrid.

Southampton and Watford are also in the running, with Marca saying the midfielder is available for around £18 million.

The 29-year-old made his professional debut for Boca Juniors back in 2008 and went on to join Benfica as a replacement for Angel Di Maria two years later.

He scored 41 goals in 253 appearances for the Portuguese club before signing for Atletico in June 2016.

Gaitan has played 48 times for the Spanish side, scoring four goals, but he is now believed to be surplus to requirements.

He made his international debut for Argentina as a substitute against Ghana in 2009 and made his first start against Costa Rica during January of the following year.

Gaitan has scored twice in 19 appearances for national side.

The playmaker is desperate for first-team football to help him secure a spot in Argentina’s World Cup squad.

Gaitan has previously been linked with a move to Manchester United, but a switch to either Everton or West Ham looks most likely during the January transfer window.