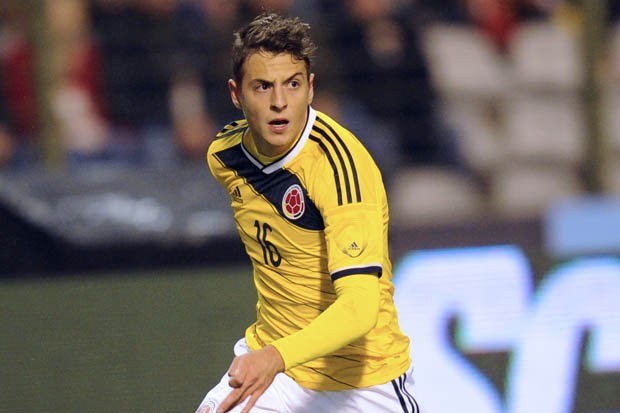 Everton and Swansea City are among a host of Premier League clubs looking at PSV Eindhoven right-back Santiago Arias this summer, according to The Daily Star.

The Colombia international has won two Eredivisie titles in his time in Holland, with the 25-year-old’s enterprising front-foot play catching the attention of plenty of suitors.

The report suggests that Swansea have opened talks with PSV over a potential summer deal, but Everton are also in the running to land Arias.

The Welsh side narrowly avoided Premier League relegation in 2016-17, with Paul Clement able to rally his troops and condemn Hull City to a spot in the Championship next term.

The Swansea manager will now look to revamp his playing squad this summer in an attempt to make the Liberty Stadium side more competitive next season.

Everton boss Ronald Koeman has ambitions of challenging the Premier League’s top six and has been vocal over his desire to add quality to the Toffees squad this summer.

With Seamus Coleman suffering a horrific leg break in March and expected to be out of action for the majority of 2017 as a result, the Goodison Park side have been playing youngster Mason Holgate at right-back.

However, the addition of Arias would offer competition for places at Everton and bring in a player that has been starring in Koeman’s homeland.

The 32-cap Colombia international moved to PSV from Sporting Lisbon in 2013 and has been a mainstay in an impressive Phillips Stadion outfit.

The 25-year-old is an attack-minded full-back with pace to burn and with international experience, looks ready for a move to the Premier League.

Swansea appear to be in the driving seat in the race to sign the South American, with the Welsh side also landing his former PSV team-mate Luciano Narsingh in the January transfer window.

However, Koeman will hope that his reputation in the Netherlands would be enough to convince Arias of the merits of moving to Merseyside, while the report suggests that Tottenham Hotspur, Liverpool and West Ham United are all keeping an eye on the Colombian also.