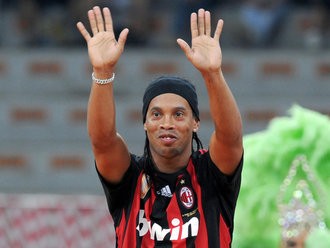 With the transfer window now ready and open for business Soccerlens looks at the possible comings and goings at some of Europe’s top domestic leagues.

AC Milan look to be one of the busiest clubs in Italy this January as they prepare themselves to tie down Antonio Cassano from Sampdoria. The Italian international had been in revelling form for i Blucerchiati up until his falling out with president Riccardo Garrone.

Former World Player of the Year Ronaldinho looks set to return to Brazil after a decade of enthralling us all in Europe with his scintillating flair and prowess. Gremio are keen to lure him back to the club where it all started for the toothy Brazilian. You will be missed Ronnie!

Champions Inter under the stewardship of new Coach Leonardo have already wrapped up the signing of defender Andrea Ranocchia who arrives from Genoa. The Nerazzurri are also contemplating a move for Chievo starlet Kevin Constant who has had a fantastic season thus far with The Flying Donkeys.

Roque Santa Cruz of Manchester City has his heart set on a move to Italy with a host of interested parties including Lazio and Juventus. A stumbling block however is the Paraguayan’s determination to move on a permanent contract rather than a short-term loan. It is questionable whether or not anyone is willing to pay an inflated price for his services.

Real Madrid coach Jose Mourinho hasn’t disguised the fact that he is keen to bolster his squad with the arrival of a new striker. This is all the more evident following the injury layoff to Gonzalo Higuain and Karim Benzema being the only recognised available striker with pedigree.  The largely talented Fernando Llorente at Athletic Bilbao is widely tipped to make a move to the Spanish capital and his centre forward prowess will compare to that of Didier Drogba and Diego Milito who Mourinho utilised spectacularly during his days at Chelsea and Inter Milan.

The Whites however will have the joy of bringing Kaka back to the fold who is ready to return to action following a five month injury layoff. This will be like a new signing in itself.

Barcelona have already conducted a piece of business by luring the largely talented Ibrahim Afellay from PSV Eindhoven. Sporting Director Andoni Zubizarreta has already stated that the champions don’t intend to make any more signings.

Champions Bayern Munich have had a disappointing start to their Bundesliga title defence and are expected to up their chase for Hoffenheim’s Luiz Gustavo as a long term replacement for the ageing Mark van Bommel. The Bavarians are also courting Swiss starlet Xherdan Shaquiri who is continuously linked with a move to Munich.

Raul may be joined at Schalke by his former teammate at Real Madrid Ezequiel Garay. The Miners have been leaking goals for fun this season and see the Argentine defender as an ideal recruit to prevent this mishap. Garay may make the move for as little as €5million.

There may be a number of departures from Ligue 1 this month with a host of their top talent being linked with moves overseas. Lyon’s Jean Makoun is continuously linked with a move to Aston Villa where he could link up with former Les Gones coach Gerard Houllier and Bordeaux’s talented captain Alou Diarra is being courted by big spenders Manchester City.

Ivory Coast international Gervinho has also been linked with Aston Villa aswell as Liverpool in recent weeks. The Lille man has seen his stock rise following his displays in the 2010 FIFA World Cup last summer.

Lille however are looking to press their title credentials with the signing of Nadir Belhadj from Al Sadd in Qatar.