Liverpool will take on Spanish side Sevilla on May 18th in the 2016 Europa League final in Switzerland, with this the seventh final since the competition’s rebranding from the UEFA Cup.

Both sides have now flown to Basel for last minute preparations, with the match to take place at FC Basel’s home stadium, St. Jakob-Park, with fans also making their way out to start the festivities. Players from both sides were rested for their respective final league games on the weekend, with the managers keeping the Europa League final firmly in mind.

European silverware is not the only thing up for grabs, with a place in the 2016/17 Champions League also waiting for the winners.

The Europa Cup final is one of the most important club games in the European season, with the previous six editions packed with drama and excitement.

Sevilla are the most successful team in the history of the Europa League/UEFA Cup, having won four titles, with the Spanish side the current holders having won the last two tournaments back to back. Their opponents this year, Liverpool, are joint second in the list of most successful sides (with Inter Milan and Juventus). 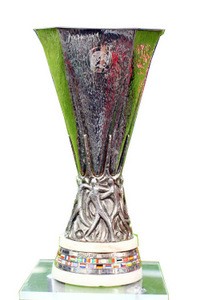 Sevilla, who finished seventh in La Liga this season, beat Ukranian side FC Dnipro last year and Portguese giants Benfica the year before that to record back to back titles. Benfica have been losing finalists in two of the last six finals, losing to Chelsea in the 2013 final in Amsterdam a year before their loss at the hands of Sevilla.

The 2012 final was an all-Spanish affair with Atletico Madrid ousting Athletic Bilbao 3-0 in Bucharest, while the year before that saw two sides from Portgual battle it out for the crown, with Porto beating FC Braga 1-0 in Dublin.

The first ever Europa League final in its current format was between Atletico Madrid and Fulham, with the English side going down 2-1 in extra time thanks to a crucial late goal from Uruguayan hitman Diego Forlan.

Check out the highlights of every Europa League final below: