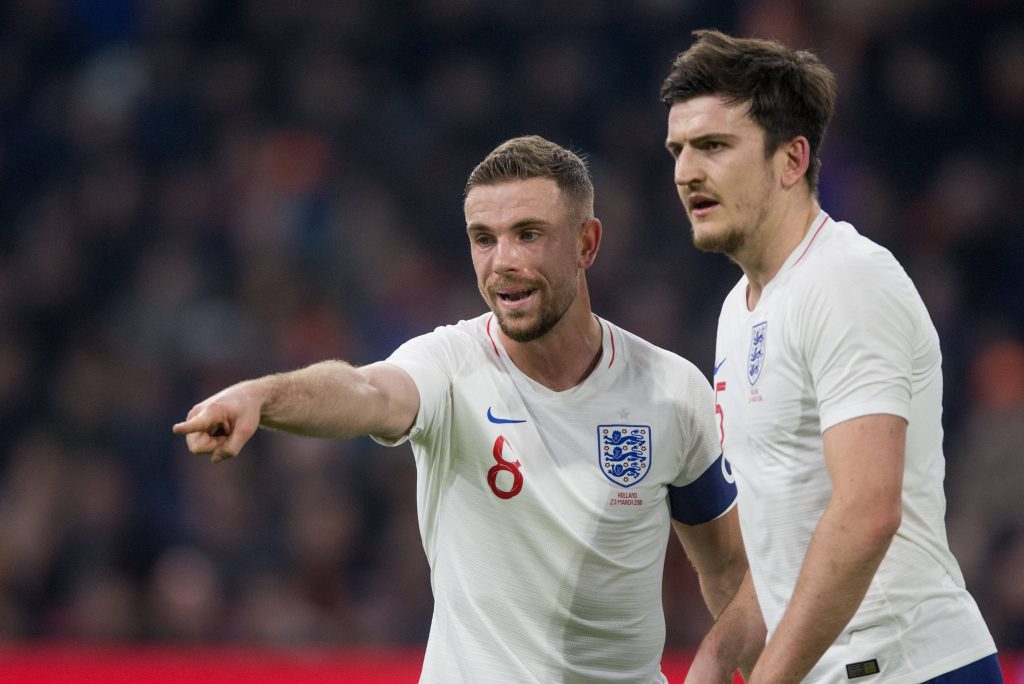 Both players have been sidelined with injuries. Maguire suffered ankle ligament damage in Manchester Uniteds’ 3-1 victory over Aston Villa, which kept him out of the Red Devils’ Europa League final defeat to Villarreal.

Henderson hasn’t featured since his injury in the Merseyside derby loss to Everton in February, undergoing surgery on a groin injury.

Nonetheless, both players were selected as part of Gareth Southgate’s final 26-man squad for Euro 2020.

Maguire has only just linked up with the rest of the squad, having been part of Man Utd’s matchday squad for the Europa League final. Henderson was available for the warm-up game against Austria but played no part.

Sky Sports have stated that neither are likely to be fit enough to feature in England’s first group stage game against Croatia on June 13.

Sky reports that Maguire is still a doubt for the opening game but has stepped up his rehabilitation from his ankle injury.

He trained for the first time on Thursday and managed to make it through without any aggravation to his issue.

When fit, the 28-year-old is one of the first names on the team sheet alongside John Stones. In his absence, Tyrone Mings or Conor Coady will step in.

Maguire made a name for himself at the last major international tournament, featuring in all seven games as England reached the semi-finals.

He scored the opening goal in the quarter-final against Sweden, heading in from Ashley Young’s corner.

The Sky article is not so encouraging on Henderson’s availability. They claim that there’s a chance the Liverpool man may not play any part in the tournament.

Southgate has already stated that a big part of Henderson’s selection was his influence around the camp. As the captain of a highly successful Liverpool side, the midfielder is an excellent leader.

He could get some minutes in the upcoming warm-up game against Romania on Sunday. The fixture will be a good opportunity to see if he is fit enough to feature at any time during the summer.

Much like Maguire, he would be likely to start if he was fully fit. Declan Rice is almost certain to line up in central midfield, with either Kalvin Phillips or Jude Bellingham partnering him.

Should England be selecting injured players?

The decision to include Maguire and Henderson in the squad has been met with some criticism, given that this sort of situation has cost the Three Lions in the past.

Five outfield players are waiting in the wings to come in if needed. Ben White and Ben Godfrey are both capable centre-backs who can take Maguire’s place in the squad.

One of these five will be added to the final roster following Trent Alexander-Arnold’s injury in the match against Austria.

With the squads being extended to 26 from the usual 23, there is enough room to take these risks.

And, if these two can get themselves fit for the latter stages of the tournament (if England get there), they will probably be in the starting XI.

As for the players that could step in, it is highly unlikely that they would get significant game time.

During England’s World Cup campaign, Southgate utilised 21 of his 23 available players. Four of those only featured in the games against Belgium, which Southgate heavily rotated for.

That’s what the decision ultimately comes down to. Is it worth having bringing those extra two players who aren’t going to get much game time outside of the last ten minutes of a group game if England are already comfortably ahead?

Or would it be better to have two players who would be on the pitch if they reached the knockout stage?

Read also: Euro 2020 ticket guide: How you can still buy tickets for the tournament.