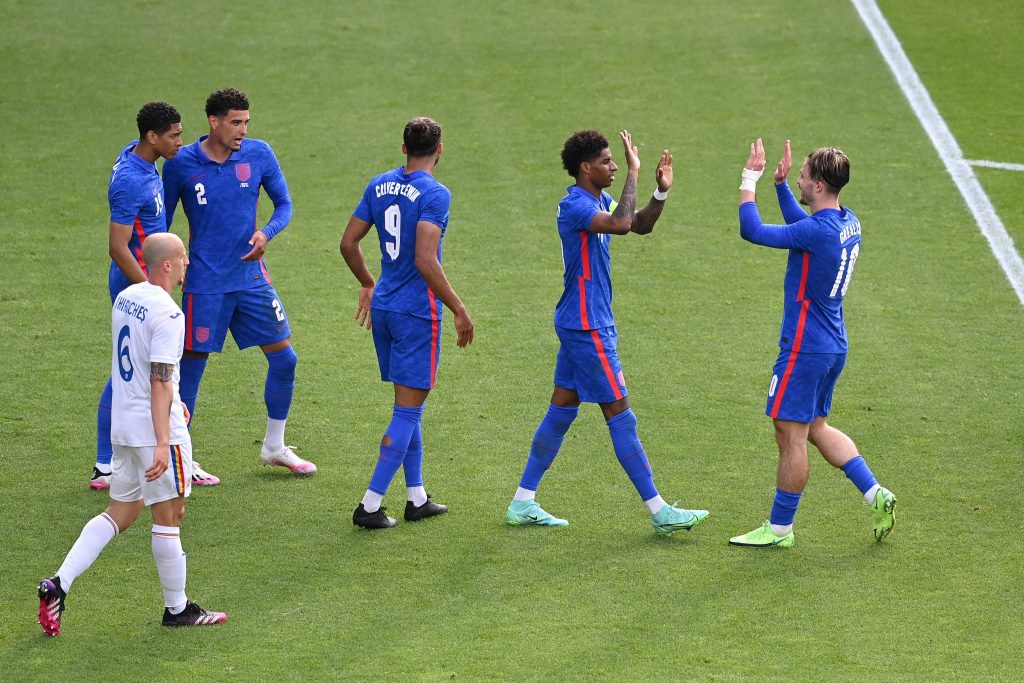 After a year of anticipation, one of the most exciting competitions in international football is finally here.

The 2020 European Championships officially start on Friday, with Italy and Turkey locking horns at the Stadio Olimpico in Rome.

There are plenty of quality sides who should be competitive at the Euros, with Didier Deschamps’ France heavy favourites to lift the trophy.

However, teams such as Belgium and England have the talent to make some noise, while newcomers Ukraine made a serious statement in qualifying.

Here are three storylines to watch ahead of the tournament.

Can England live up to the hype?

The Three Lions suffered one of the most embarrassing exits in their history in Euro 2016, losing to Iceland in the round of 16.

However, the 2018 World Cup saw Gareth Southgate’s men progress all the way to the semi-finals, where they suffered a heartbreaking defeat to Croatia in extra time.

England have been trending upward ever since, getting to the Nations League finals in 2019.

This squad is oozing with talent, young and old. Jadon Sancho, Jude Bellingham, Phil Foden and Jack Grealish are just a few names who will be making their debuts in a major tournament this month.

It all starts on Sunday! 👀 pic.twitter.com/vfYAy0lxlF

The amount of options Southgate has in the final third is dangerous. Some absolute world-class attackers are vying for a spot in the starting XI, led by talisman Harry Kane. The question is, who will accompany him up top?

With the Three Lions playing all of their group stage fixtures at Wembley Stadium, it’s a clear advantage. While the number of fans will be limited at first, being on home soil is always a plus.

There are very high expectations for this team in the 2020 Euros. Anything less than a trip to the semi-finals would be considered a failure.

However, we know the way England have performed on the big stage in the past 20 years. But if 2018 in Russia was any indication, Three Lions supporters could be in for a treat.

The Red Devils beat England in the 2018 World Cup third-place match after a very impressive showing.

They’re considered a legitimate contender in the Euros, but it could be one of their last attempts at winning some silverware on the European stage.

The Belgium golden generation is slowly ageing. They’ve been together since the 2014 World Cup in Brazil and have just one semi-final appearance to show for it in Russia.

Roberto Martinez’s side have to capitalise this time around. Kevin De Bruyne, Romelu Lukaku, Eden Hazard and Dries Mertens aren’t getting any younger.

De Bruyne is doubtful for their opener against Russia after a scary collision with Antonio Rudiger in the Champions League final. However, he is expected to be available for their second group stage match with Denmark.

The Manchester City star is the heartbeat of their attack thanks to his ability to thread the needle with a pass and unleash some fierce strikes from distance. Without him fit, Belgium will be in trouble.

However, Lukaku is coming off another tremendous season in Italy, while Mertens continues to be a clinical figure for Napoli.

Thorgan Hazard could also play a key part in the success of the Red Devils than his brother after a terrific campaign with Borussia Dortmund.

At the back, Toby Alderweireld and Jan Vertonghen are still solid, but this could be one of their last tournaments.

There’s just one player in this squad under the age of 25, with several others either creeping towards 30-years-old or over.

Needless to say, it’s now or never for Belgium.

Keep an eye on Ukraine

With an attacking-minded gaffer at the helm in legendary striker Andriy Shevchenko, the Ukrainians wreaked havoc on their opponents in Euro qualifying.

They finished top of Group B ahead of 2016 winners Portugal, going unbeaten in eight games while bagging 17 goals and conceding just four.

Although Ukraine didn’t have much competition in their pod other than the Portuguese and Serbia, Shevchenko’s men certainly opened some eyes.

With Man City defender Oleksandr Zinchenko leading the way, this team has the potential to make a run this summer.

Their team is an exciting blend of youth and experience, with the likes of Roman Yaremchuk, Viktor Tsygankov, Ilya Zabarnyi, Vitaliy Mykolenko and Mykola Matviyenko all players to watch.

The potential is there, but it remains to be seen whether that will lead to success! pic.twitter.com/ytpQ0SzWOt

Zinchenko typically plays in the middle of the pitch for his country alongside Atalanta standout Ruslan Malinovskyi.

The duo are extremely consistent at both ends of the pitch and will be looking to get Yaremchuk involved as much as possible.

The Ukrainians are alongside the Netherlands, Austria and North Macedonia in the 2020 Euros.

While Shevchenko has made it clear that progressing to the knockout stages is the most he’s expecting at this point, they have shown enough promise to potentially be the Iceland of this summer’s tournament.